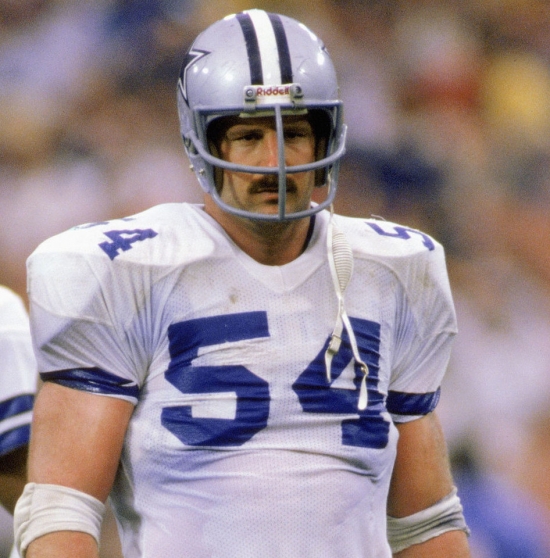 Randy White was a superstar at the University of Maryland, where in 1974 he won the Lombardi Trophy and was the ACC Player of the Year.  The Cowboys took notice, and they would select him with the second overall pick.

White was eased into greatness, as he was used as a backup Linebacker, but in his third year, he would become the starting Right Defensive Tackle, which was his natural fit.  That was the year that White broke out and established himself among the best in the game.  White went on a 10-year Pro-Bowl streak, with seven of those years seeing him ascend to First Team All-Pro honors.  It was also especially sweet as that first year, White would win Super Bowl XII, with him sharing the game MVP with a fellow defensive teammate, Harvey Martin.

White was an exceptional pass rusher, who only had 52 official Sacks (the stat was not executed until 1982).  He only ever missed one game, and he was one of the most popular players in team history.  White would be named to the 1980s All-Decade Team and the Cowboys Ring of Honor in 1994.

White would be inducted into the Pro Football Hall of Fame in 1994.