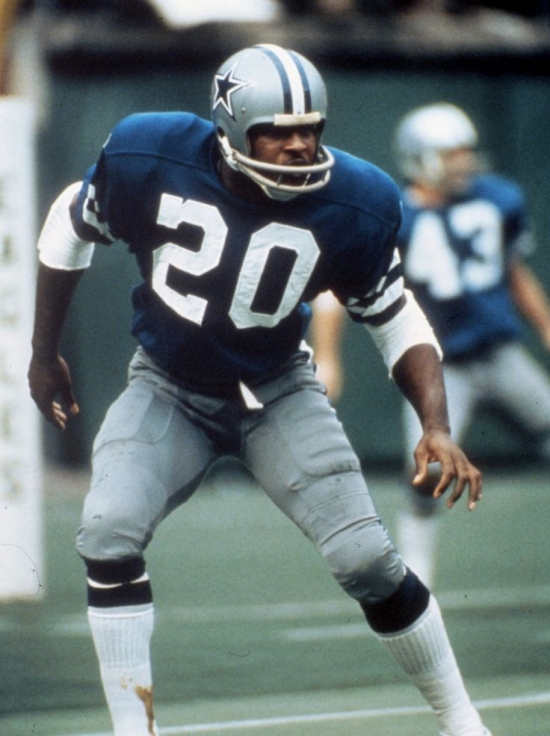 Mel Renfro was a football and track star at the University of Oregon, Mel Renfro was a college Running Back, but Tom Landry and the Dallas Cowboys had other ideas for his speed.

Renfro was converted into a Safety, and like many rookie safeties, he was also used as a returner.  He would lead the NFL in Returns and Return Yards and had seven picks.  Renfro was also named to the Pro Bowl, and that would usher in a ten-year run of selections to that post-season honor.  Renfro would lead the NFL in Interceptions with 10 in 1969 and had 52 in a career spent entirely with the Cowboys.  Renfro was also a vital part of Dallas wins in Super Bowl VI and XII.

This was an outstanding career for someone who was not a Defensive Back in college!

Renfro would be inducted into the Pro Football Hall of Fame in 1996, and the Cowboys Ring of Honor in 1981.