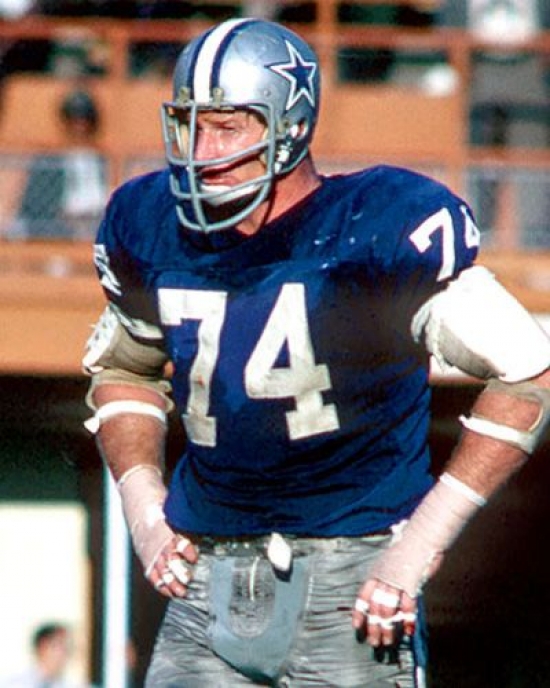 There was serious consideration for Bob Lilly to be named number #1, but #2 is a damned good rank for a storied franchise like the Dallas Cowboys.

Bob Lilly would not just become a star player for Dallas, but he would earn the nickname of “Mr. Cowboy.”  He was the first player ever drafted by the team, and while the organization struggled in its early years, Lilly was a definite star for the team.  A Pro Bowl Selection in 1962, Lilly would have a ten-year streak of trips to Hawaii from 1964 to 1973, with seven of those years seeing Lilly named as a First Team All-Pro.

As the Cowboys improved, Lilly became the heart of the first incarnation of the "Doomsday Defense."  It was that defense that brought Dallas to their first Super Bowl appearance (V), which they lost to Baltimore.  The Cowboys returned the next season to the Super Bowl, and Lilly and Dallas would destroy the Miami Dolphins.  It was Lilly who had the signature play of the game when he sacked Bob Griese for a 26-yard loss.

Lilly played with the Cowboys until 1974, and in our view, he is the greatest defensive player that Dallas ever had.

Lilly would be inducted into the Pro Football Hall of Fame in 1980 and was placed in the Cowboys Ring of Honor in 1975.