Stranger on the Shore 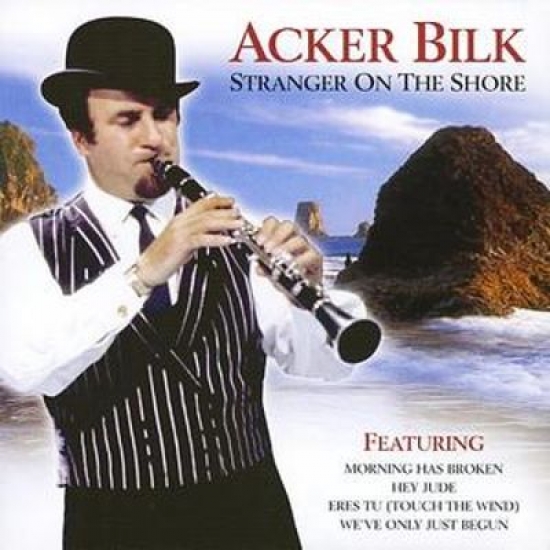 Stranger on the Shore

As much as I knew I would be talking about rock and roll and pop music’s history, I did not factor just how much easy listening would play a part in this book, which was a foolish assessment on my part as for a song to reach the top, of course it helps if you can cater to the masses, but it also doesn’t hurt if you never offend them.  Easy listening could certainly do that.

Clarinet virtuoso, Acker Bilk would score what has to be the biggest surprise hit of 1962 and according to Billboard, the largest hit of the year.  Bilk didn’t look like a pop star, with his goatee (far from common in those days), bowler hat and striped waistcoat and basically, he wasn’t one.  From Somerset, England, Bilk would become a part of the traditional jazz scene in England and by the mid-50’s, he would chart in the U.K. on both the albums and singles chart.

While Bilk would become successful in England, those hits did not make a dent in America until “Stranger on the Shore” crossed the Atlantic and would become a bigger hit in the U.S. (it went only to #2 in the U.K.) and as jazz music wasn’t really making a mark on the American chart, easy listening did, and as far as most Americans were concerned, that was the genre in which it fell.

Bilk and his bowler hat would fade back into American obscurity, though that one particular song would still be a part of oldies stations.  He would continue to have hit singles and albums in the U.K. (though none of them would go number one), and put out a solid traditional jazz discography that is worth checking out should be so inclined to hear that musical style.

The man dubbed “The Great Master of the Clarinet” often joked that “Stranger on the Shore” paid or his old age pension, though often also bemoaned how much he was tired of playing that song.[1]  Regardless of how he may have felt about it, “Stranger on the Shore” remains a jazz standard, and if you are going to have a standard in a genre, it might as well as be one as respected as jazz.

A final note on Acker Bilk, as though we will discuss the British Invasion in great details soon, it was the man with the clarinet who would become the first English musician to hit number one in the United States.

[1] The trend of acts tired of their greatest hits continued…and always is!

More in this category: « Soldier Boy I Can't Stop Loving You »