The 2020 Basketball Hall of Fame Class will be loaded 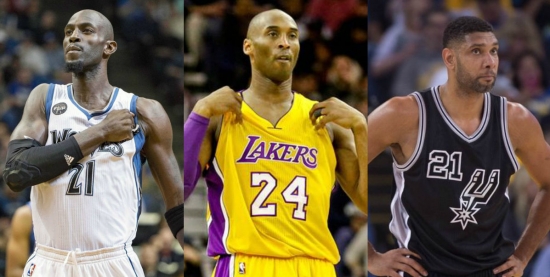 Now that the NBA Finals are over and the 2018/19 Season has officially been brought to a close, we can turn our attention to what we always do here at Notinhalloffame.com, look at the next Basketball Hall of Fame Class!

People who thought the 2018 Hall of Fame class was stacked, with Jason Kidd, Steve Nash, Grant Hill, and Ray Allen, will gawk at the 2020 eligibles say Paruk from SBD. The top-three players in this class -- Tim Duncan, Kobe Bryant, and Kevin Garnett -- are arguably the three most-accomplished players ever to become eligible at the same time. The trio has 11 NBA titles and 48 All-Star Game nods between them, and they are all 100%, iron-clad locks to be inducted in their first year of eligibility.

Every single one of them is bona fide headliners but if you are looking for a quadruple threat like 2018 remember that the forced end of Chris Bosh’s career in 2016 makes him also Hall of Fame eligible for 2020 and he too has a first ballot resume.

Even with the retirements this year of Dwyane Wade, Dirk Nowitzki and Tony Parker (all of whom will be eligible for the Class of 2023) we may never see a more loaded group in any Basketball Hall of Fame Class.

We will go one step further and state that this is the most star-studded group of any North American Athletic Hall of Fame Class in the 21stCentury.

One thing is for sure is that this will be the hottest Hall of Fame ticket of any kind in the year of 2020!