This page generously sponsored by: Nobody yet! Sponsor it on Patreon to be the first name on this list!
Embed from Getty Images
With our sixth selection we had a bit of an internal debate. We were very tempted to merge the work of Joy Division and New Order to form one entry. There is a precedent for this as the Rock and Roll Hall of Fame collectively inducted Parliament and Funkadelic but unlike the aforementioned Funk outfits, New Order began when Joy Division ended and their sounds were different enough to illicit separate entries.


Had Joy Division front man, Ian Curtis not have committed suicide, it is doubtful that New Order would have ever existed. Following that tragic loss, the remaining members formed a new band which to the surprise of many; was able to eclipse the success of its previous group and establish its place as one of the most critically acclaimed bands of the 1980’s. What New Order was able to accomplish was merge the Post Punk movement with Dance and Synth Pop which hadn’t been done before.  In 1983 they released the single, Blue Monday, which remains the highest selling 12 inch of all time; a song that could arguably be called one of the most important of the 80’s. They certainly have the history, the influence, the critical acclaim and talent to be Hall worthy. If an electronic driven band is to get in the Hall, New Order could be its best shot.

NEW ORDER AT MANN CENTER FOR THE PERFORMING ARTS IN PHILADELPHIA, PA

Buy your Tickets to see New Order at Mann Center for the Performing Arts in Philadelphia, PA HERE for as little as $! 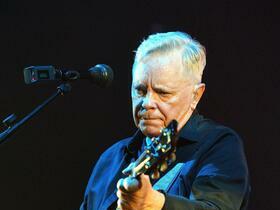 Buy your Tickets to see New Order with Pet Shop Boys at Madison Square Garden in New York, NY HERE for as little as $174! 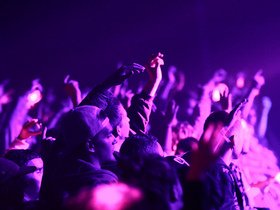 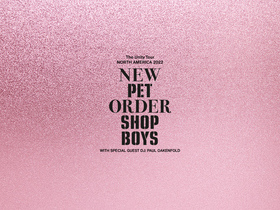 NEW ORDER WITH PET SHOP BOYS AT MANN CENTER FOR THE PERFORMING ARTS IN PHILADELPHIA, PA

Buy your Tickets to see New Order with Pet Shop Boys at Mann Center for the Performing Arts in Philadelphia, PA HERE for as little as $71!

Buy your Tickets to see New Order with Pet Shop Boys at Merriweather Post Pavilion in Columbia, MD HERE for as little as $56! 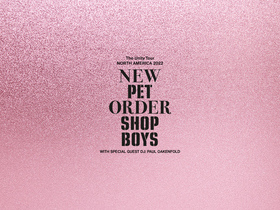 12
+8 #11 BobN 2015-03-18 13:13
Both Joy Division and New Order deserve to be in, but separately NOT jointly. There music and their influences are different and important in their own right. Lumping them together is an injustice!
Quote
+11 #10 Hooky 2014-12-02 23:07
Joy Division was to Punk Rock what Nirvana was to Grunge. U2, Nine Inch Nails, The Cure, Arcade Fire ....all list Joy Division as main influences to their craft. The success of New Order (capitalizin g on the death and notereity of Ian Curtis death) funded Factory Records and the Hacienda Club in creating the Manchester Music scene in Britain. Without Joy Division/New Order, British Pop Music as we know it today would not exist, Joy Division/New Order are the perfect definition of artists who pioneered music and influenced the musical arts for many decades, and continue to inspire new talents. Induct Joy Divison and New Order under one umbrella and then have Nine Inch Nails play "Dead Souls" followed by U2/Arcade Fire playing "Love Will tear Us Apart" (witnessed in Montreal, encore performance during the U2 Elevation Tour). Pure Genious!
Quote
+7 #9 biograph 2013-05-12 08:12
Joy Division is one of those rare bands you don't want the execs behind the RnRHoF to soil by association. It's like if Disney bought the Joy Division catalog. Sure, Disney will one day own The Beatles, Zeppelin, the Stones, U2, etc., but -- Joy Division?!? We need to leave something pure.

That all said, if it must be done, induct Joy Division and New Order together. It'll hurt less.
Quote
+16 #8 kookoo 2013-05-12 04:51
Not knowing who New Order or Joy Division are hardly makes you clever. These are outstanding bands and would make a fantastic double induction.
Quote
+4 #7 What 2013-04-13 18:19
Who are Yes, Deep Purple and Jethro Tull? I can't name one of their songs. Those bands aren't significant at all. But, I know a bunch of people who know New Order and many acts who have been influenced by them.
Quote
-3 #6 Reboot Needed 2012-12-21 23:58
Seriously? This band is #6 on the list while Rush only just got in a few days ago and bands like Chicago, Yes, Deep Purple, and Jethro Tull are still out there uninducted?

Too many people haven't even heard of New Order. They are no way as significant as the aforemention ed acts.
Quote
+7 #5 Mr.Crowley 2012-10-29 20:58
It should be combined as Joy Division/New Order I think -- to honor the genius of Ian and to show how the band transformed following his suicide into the premiere new wave/synth pop band with genuine punk integrity. Joy Division have (IMHO) the greatest rock song of all time in "Love will tear us apart." Perfection. And New Order, following their idols Kraftwerk, used synths with brilliance and poetry.