Our Notinhalloffame Hockey List has been revised. Jarome Iginla debuts at #1 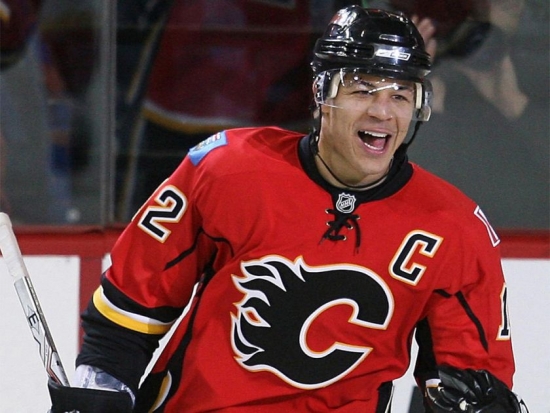 Now before we unveil our new list, a couple of caveats about the impending Class of 2019 and our list in general:

At present, we don’t rank female players.  This is not because we do not respect the women that have been inducted but at this time there has not been a lot of call for us to do so and we have decided at this time not to merge eligible female players with our core list.  Had we done so, Hayley Wickenheiser, who was chosen this year would have likely been ranked #1 by us.

We also don’t rank builders as of yet.  We do have an exception with Don Cherry, but are looking to create a builders list and migrate him to that one.

As such, only two former players were removed from our list, Guy Carbonneau (#29) and Sergei Zubov (#44) and they are slated to join Wickenheiser as the Class of 2019.

Three new names enter our list, which is now at 131.  There will be a future expansion to 150, which will occur later this year.

Let’s look at our new top ten, and based on our new #1 we feel confident that there will not be a repeat of not having a top ten (let alone a top twenty-five) not make the Hockey Hall of Fame Class of 2020.

#1. Jarome Iginla:  Iginla is entering his first year of eligibility and point blank he is the reason why we feel confident that there will be a top ten entry entering the Hockey Hall of Fame in 2020 as he should enter on his first ballot.  The six-time All-Star was named to the First Team All-Star post season squad three times and he is also a two-time Olympic Gold Medalist with Team Canada.

#2. Alexander Mogilny:  Mogilny drops one spot, as he was our top rank last year.  One of the last creations of the Red Army, Alexander Mogilny was the first Soviet player to defect to play in the NHL and he would have a legendary 76 Goal season for the Buffalo Sabres in 1992/93.  Eligible since 2009, Mogilny is a two-time Second Team All-Star.

#3. Theoren Fleury:  Fleury holds firm at #3.  The scrappy native of Saskatchewan went to seven All-Star Games and was a Second Team All-Star in 1994/95.  He is a Stanley Cup winner with the Calgary Flames (1989) and an Olympic Gold Medalist with Team Canada (2002).

#4. Don Cherry:  Cherry drops to his lowest ranking as we take your votes into consideration, and not all of them are kind to Canada’s favorite (or best known) blowhard.  As mentioned earlier, we are likely to take him out completely in favor of a contributors list.

#5. Daniel Alfredsson:  Alfredsson may have received the most concern regarding his snub this year on social media but that hasn’t translated to votes for him on our site.  As such, he has dropped one spot from #4 to #5, but the six-time All-Star and Olympic Gold Medalist (Sweden in 2006) may have a better shot than those ahead of him, with the exception of Iginla.

#6. Pierre Turgeon:  Turgeon climbs up from #7 and remains the highest scoring player (1,327 Points) who is not in the Hockey Hall of Fame.  Turgeon is a former four-time All-Star.

#7. Bernie Nicholls:  Nicholls drops from #5.  He is one of seven players to have a 70 Goal Season and one of five to have a 150 Point Season.  He was chosen for three All-Star Games.

#8. Jeremy Roenick:  Roenick fell two spots to #8.  At present, he is our highest rated American and he is a nine-time All-Star.

#9. John LeClair:  For a time, LeClair was the best power forward in the NHL and was a five-time post-season NHL All-Star.  That was a great stretch, but he was not close to that level over the rest of his career.

#10. Marian Hossa:  The second of our third new entries, Marian Hossa was a three-time Stanley Cup Champion with the Chicago Blackhawks and a five-time NHL All-Star.  He is also a four-time Olympian with Slovakia.

The third new entry on this list is career Arizona Coyote, Shane Doan who debuts at #56.

As always, we here at Notinhalloffame.com encourage you to cast your vote, give us your opinion and we thank you for your support!

More in this category: « The Musicians Hall of Fame announces their Class of 2019 LSU to retire Mahmoud Abdul-Rauf's number »