The Musicians Hall of Fame announces their Class of 2019 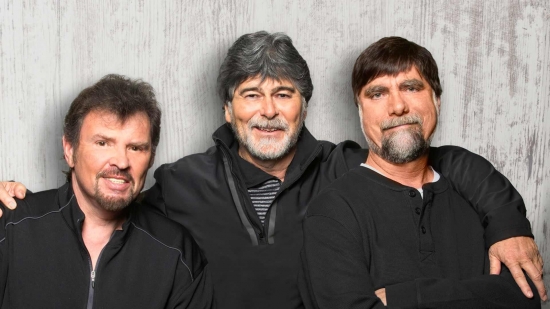 We don’t often discuss the Musicians Hall of Fame, and with all due respect, there is a good reason for it. Since its inception in 2007, the Nashville based Hall has only had six classes, including the one we are about to discuss.  After their third class in 2009, the city of Nashville took over their property to make room for the Music City Center and they would reopen in 2013 on the first floor of the Nashville Municipal Auditorium.  They would induct their fourth class in 2014 and fifth in 2016, thus bringing us to the sixth class announced yesterday.

Before we get to that class, let’s look at what the Musicians Hall of Fame is first.  Their mandate is to recognize the contributions of performers, producers in rock and roll, country music and beyond.  As it is based in Nashville, it is not surprising that there has been more of a country flavor to the inductees, but nevertheless, we love the idea of this Hall of Fame, so let’s look at the Class of 2019.

Alabama:  The headliners of this class can make a claim as the most successful country music band of all-time.  Coming into prominence in the 1980s, Alabama would sell over 75 million records and had 40 number one hits.

Steve Wariner:  Wariner has charted on the Country Music Charts 50 times and has written number 1 hits for Clint Black and Garth Brooks.

Don Everly:  Don Everly was one-half of the Everly Brothers, who are Rock and Roll Hall of Fame inductees.  Everly enters specifically winning the “Iconic Riff Award” for the intro to their hit, “Wake Up Little Susie”.

Owen Bradley:  Bradley enters posthumously in the Musicians Hall of Fame Producer category.  He was a large part of developing the “Nashville Sound” and bringing Country Music sound to the modern era.  He entered the Country Music Hall of Fame in 1974.

Billy Sherrill:  Sherrill enters by receiving the Musicians Hall of Fame Engineer Award. He led recording sessions for George Jones and Tammy Wynette among others.

The Surfaris:  The California surf music group enters by earning the inaugural Musicians Hall of Fame Instrumental Song Award for their 1963 hit, “Wipe Out”.

The ceremony will take place on October 22.

We here at Notinhalloffame.com would like to congratulate the newest members of the Musicians Hall of Fame and we are hopeful that there will be annual inductions in the future.

More in this category: « The Country Music HOF announces Brooks and Dunn exhibit Our Notinhalloffame Hockey List has been revised. Jarome Iginla debuts at #1 »