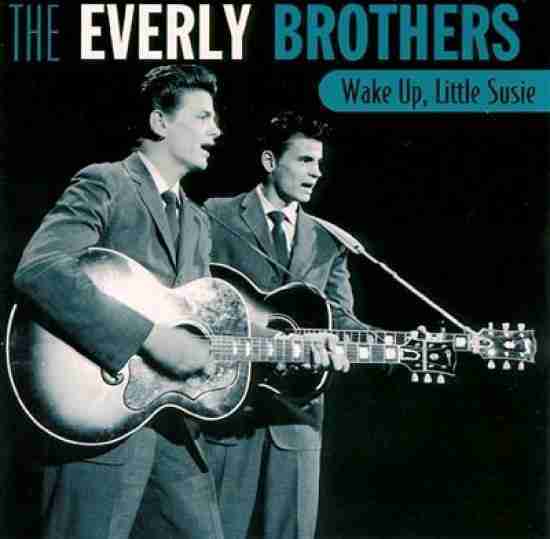 
Country music, nearly regardless of the decade always has always had stars that could master the blend of both Country and Pop. It is a lot harder than it sounds to, though in 1957 there wasn’t nearly the divide between the two genres that there are today.

The Everly Brothers were one of the first to really blend both country and modern pop and they did so by becoming the uncrowned masters of the two part harmony. That was perhaps one of the most special parts of these brothers as that aspect alone proved to influence so many other acts, among which were the legendary duo of Paul Simon and Art Garfunkel.

1957 already had been a good year for the Everlys as their first hit “Bye Bye Love” went to number two earlier in the year and they were in the midst of a successful tour with Buddy Holly and the Crickets. What was interesting, was as much Elvis was creating controversy with his swiveling hips and overt sexuality, it was the clean cut looking Everlys that had a number one hit that would be considered too suggestive and would face bans at a few stations across the United States.

I think the keyword is “suggestive” whereby in the song, “Wake Up Little Susie”, it was suggested that premarital sex took place. Now that in itself seems like a joke now, but in the 1950’s, on the I Love Lucy show, it showed Lucy and Desi sleeping in separate beds (which makes you wonder how the hell Little Ricky ever came to be) because sex apparently didn’t happen (even if you were married) in the 1950’s at all.

During the song, Susie and her boyfriend fall asleep at the movies, and this is not an exaggeration, because the movie stunk.[1] I am guessing it had to be the drive-in, because I am not aware of any theatre I have gone to that doesn’t have a sixteen year old pimply faced usher clean up popcorn residue at the end of the credits, so I am guessing Susie wasn’t sleeping there. Either way, the teen boy promised that he would bring his date home by ten, and it was four in the morning leading to only one logical 1957 conclusion:

Susie was getting laid.

Now it should be stated that nowhere in the song was it implied that the young couple had sex, just that people will think it because of the late hour, and if you go by the phrase “Perception is Reality”, you have a song about sex; hence why it was considered controversial.

Controversy (or lack of real controversy) aside, the Everly Brothers were just getting started and had a long run of country and pop success ahead of them and will be discussed again.

More in this category: « Tammy Honeycomb »