The College Football Hall of Fame Class of 2019 is Announced 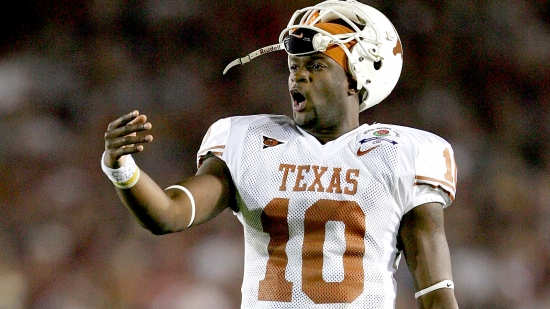 It is another big day in the Hall of Fame word as the College Football Hall of Fame has announced their Class of 2019.

Terrell Buckley: Florida State (1989-91) Linebacker: Buckley left the Seminoles as their all-time leader in Interceptions (21) and Interception Return Yards (501), the latter of which is the best all-time in the NCAA.  Buckley would also win the Jim Thorpe Award in his final year at Florida State.

Rickey Dixon: Oklahoma (1984-87) Defensive Back:  Dixon played in four straight Orange Bowls (1985-88) and was a member of the Sooners’ National Championship Team of 1985.  He won the Jim Thorpe Award in 1987 and he had 17 Interceptions over his career at Oklahoma.

London Fletcher:  John Carroll (1995-97) Defensive Back:  Fletcher would be named the Division III Linebacker of the Year in 1997.

Jacob Green: Texas A&M (1977-79) Defensive Lineman:  In his final season with the Aggies, Green was an All-American that recorded 134 Tackles and 20 Sacks.  He would net 37 Sacks overall at Texas A&M.

Raghib “Rocket” Ismail: Notre Dame (1988-1990) Wide Receiver:  The Rocket did it all on offense in his three seasons at Notre Dame as a Running Back, Wide Receiver and Returner.  An All-American in 1990 and National Champion in 1988 the “Rocket” had 4,187 All-Purpose Yards and was the runner up for the Heisman in 1990.

Torry Holt: North Carolina State (1995-98) Wide Receiver:  Holt would have 3,379 Receiving Yards with 31 Touchdowns and was a former ACC Offensive Player of the Year.

Darren McFadden: Arkansas (2005-07) Running Back:  McFadden rushed for 4,590 Yards and 41 Touchdowns over his career as a Razorback.  He would win two Doak Walker Awards, the Jim Brown Trophy and the Walter Camp Award.

Jake Plummer: Arizona State (1993-96) Quarterback:  Plummer was third in Heisman Trophy voting as a Senior and almost took the Sun Devils to a National Championship falling just short in a Rose Bowl loss to Ohio State.  Plummer threw for 8,626 Yards and 34 Touchdowns.

Troy Polamalu: USC (1999-2002) Defensive Back:  Over his three year career with the Trojans, Polamalu would record 278 Tackles and 6 Interceptions.  He was also a two time All-American.

Joe Thomas: Wisconsin (2003-06) Offensive Lineman:  Thomas was an All-American and the Outland Trophy Winner as a Senior at Wisocnsin.

Patrick Willis: Mississippi (2003-06) Linebacker:  A dominating force for Ole’ Miss, Willis was a two time All-American and in his Senior Year he was named the SEC Defensive Player of the Year and would win the Butkus Award, the Jack Lambert Award and the Conerly Trophy.

Vince Young: Texas (2003-05) Quarterback:  Young’s 2005 season was the stuff that legends are made of as he threw for 3,036 Yards and rushed for 1,050 making him the first NCAA Quarterback to throw for 3,000 Yards and Rush for 1,000.  He led his team to a Rose Bowl win over defending champion USC, which would win the Longhorns the National Championship.  He would win the Manning Award, Maxwell Award and the Davey O’Brien National Quarterback Award.

Notably, the Goodyear Blimp will be inducted as an honorary member making it the first non-player or non-coach to be inducted.  We are guessing the room won’t be big enough for the blimp to accept the accolade in person.

This group will be officially inducted on December 10 in New York City.

We here at Notinhalloffame.com would like to congratulate all the new members of the College Football Hall of Fame Class of 2019.

More in this category: « The First Team All-Pros Thom Yorke will skip the RRHOF induction ceremony »