The College Football Hall of Fame announces the 2023 Nominees 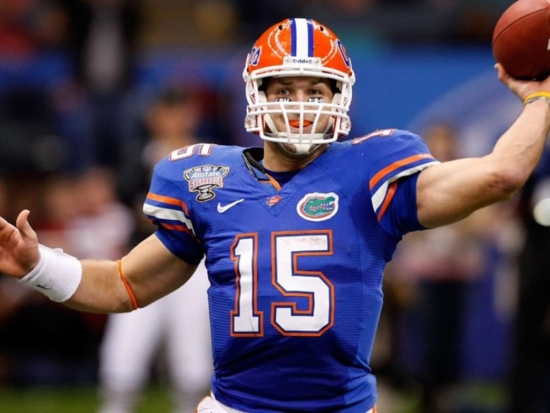 Before we look at the list and the MANY people who have been nominated, let’s first look at how one becomes eligible.

1. The player in question must have been named a First Team All-American.

2. The player must have last played ten years ago.

3. The player’s outside record as a citizen is considered.

4. Players must have played their last year of college football at least 50 years ago.

5. A Coach is eligible three years after he retired or immediately if he is 70 years old.  If a coach is still active at 75, he is automatically eligible.

That was the Coles Notes version.

Michael Bishop: Kansas State, Quarterback 1998.  Won the Davey O’Brien Award and was the Heisman runner-up.  Had 14 conference records at his retirement.

Reggie Bush: USC, Running Back 2004.  Two-time All-American and two-time National Champion with the Trojans.  Was the Heisman winner, but since returned the trophy.  Also a two-time Pac-10 Player of the Year.

Rocky Calmus: Oklahoma, Linebacker 2001.  Two-time All-American and 2001 Butkus Award winner.  Won the BCS National Championship in 2001 and was the 2000 Big 12 Defensive Player of the Year.

Matt Cavanaugh: Pittsburgh, Quarterback 1977.  Led the Panthers to the National Championship in 1976, and was the MVP in the 1977 Sugar Bowl and 1977 Sugar Bowl.

D.J. Dozier: Penn State, Running Back 1986.  Vital part of the Nittany Lions 1986 National Championship and was eighth in Heisman voting that year.

Warrick Dunn: Florida State, Running Back 1996.  National Champion in 1993.  Only Seminole to rush for over 1,000 Yards in three straight seasons.

Toby Gerhart: Stanford, Running Back 2009.  Won the Doak Walker Award and was the Heisman runner-up in 2009.  Pac-10 Offensive Player of the Year and career-Rushing Touchdown leader at Stanford (44).

Antonio Langham: Alabama, Defensive Back 1993.  Had 19 Interceptions and took the Crimson Tide to the 1992 National Championship.

Ryan Leaf: Washington State, Quarterback 1997.  Finished third in Heisman voting in 1997 and won the Pac-10 Offensive Player of the Year.

Haloti Ngata: Oregon, Defensive Tackle 2005.  Two-time All-Pac 10 Selection and first Duck to win the Pac-10 Defensive Player of the Year in 2005.  Also was a finalist for the Nagurski and Outland Trophy.

Tim Tebow: Florida, Quarterback 2008.  Won the Heisman as a sophomore and was a two-time National Champion.  Also, a three-time SEC Offensive Player of the Year.

DeAngelo Williams: Memphis, Running Back 2005.  Three-time C-USA Offensive Player of the Year and retired as the then all-time leader in All-Purpose Yards (7,575).  Finished seventh in Heisman voting in 2005.

The announcement will not be made until early next year.

More in this category: « The New York Jets name three former players to their Ring of Honor Our Notinhalloffame Rock List has been revised. The Smiths now #1 »