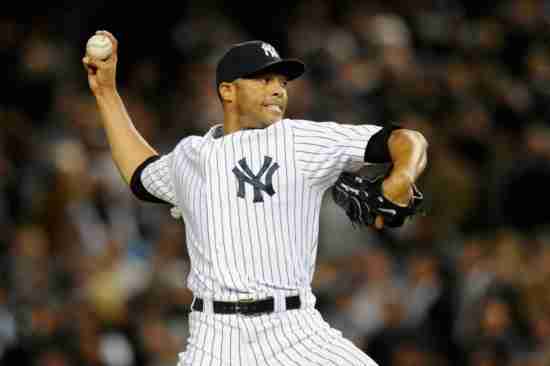 Recently we uploaded our updated Notinhalloffame.com Rock List. We have another major update as our Baseball list has now been altered following the selection of six new members entering the elite halls of Cooperstown.

Six former players left our list, four via the vote (Chipper Jones #3, Jim Thome #6, Vladimir Guerrero #9 and Trevor Hoffman #20) and two from the Veteran’s Committee (Jack Morris #11 and Alan Trammell #12). This clears up both the top portion of our list but the Hall of Fame voter’s ballot, which should allow for others who have been waiting to enter the Hall.

While four major names left the Hall of Fame ballot the voters have some new names to consider, three of which are in our new top ten with another making our top twenty.

Our new top ten is as follows:

The #1 position is actually split in three, which is how we have done this since the inception of our Baseball list. As Pete Rose and Shoeless Joe Jackson are not eligible for the Baseball Hall of Fame, we have deemed them both “1A” and 1B”.

This means that Roger Clemens who is ranked “1C” is the highest eligible player. This is where he was ranked last year.

Barry Bonds remains at #2. Two years ago, Bonds held Clemens’ spot but your votes brought the switch. Regardless, we feel that both Clemens and Bonds are Hall of Famers.

The highest debut this year is Mariano Rivera, the greatest (no, we will not say arguably) reliever of all-time. The career New York Yankee enters our list at #3, but we suspect that he will enter the Hall on his first ballot.

Mike Mussina remains at #4. While he continues to gain support his name is a low-key in comparison to other candidates.

Another Pitcher debuts in the top five in the late Roy Halladay. The former two time Cy Young winner won 203 Games to only 105 Losses and he led his league in bWAR for Pitchers four times.

Bill Dahlen dropped from #5 to #6 while Curt Schilling moved up one spot from #8 to #7. Schilling traded spots with Manny Ramirez, who was #7 last year.

The top ten is rounded out by Lou Whitaker who moved from #10 to #9 and new entry Todd Helton is #10.

There are three more entries with Lance Berkman #89, Miguel Tejada #95 and Roy Oswalt #104.

With these changes we now have 106 ranked former baseball players with our eventual intention to swell the number to 150.

Take a look at these new entries cast your votes and gives us your opinions as this does affect our future rankings.

More in this category: « The 2018 Basketball Hall of Fame Class is Announced The Sedin Twins to retire from the NHL »