The 2018 Basketball Hall of Fame Class is Announced 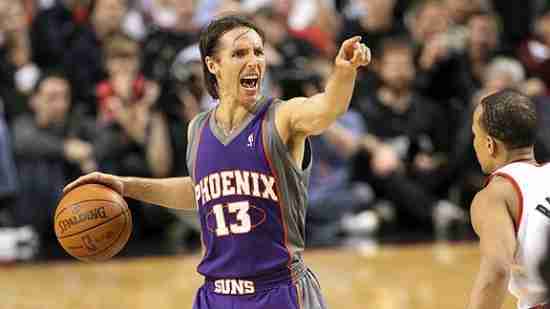 While the majority of the inductees was leaked two days ago the Naismith Basketball Hall of Fame has officially announced the Class of 2018.

Ten time All Star Ray Allen also enters the Hall. From UConn where he was a former National Player of the Year, Allen would win two NBA Titles and is the all-time leader in three pointers.

Coincidentally, Jason Kidd’s Co-Rookie of the Year winner, Grant Hill also was chosen. Hill was a two time NCAA Champion at Duke and was a seven time All Star in the NBA. He is also a one time First Team and four time Second Team All-NBA Selection.

In what could be pegged as a mild surprise, four time All Star Maurice Cheeks will also be inducted. The former Point Guard was a four time First Team All-Defensive Selection and was a champion with the Philadelphia 76ers in 1973.

Katie Smith is the all-time leading scorer in Women’s Professional Basketball through her career in the ABL and the WNBA. She is also a three time U.S. Olympic Gold Medalist and a two time WNBA Champion with the Detroit Shock.

Four time WNBA Champion with the Houston Comets and two time U.S. Olympic Gold Medalist Tina Thompson was also chosen. Thomson was a nine time WNBA All Star and is one of the most dominating female players of all-time.

Retired College Coach Lefty Driesell will be entering the Hall as well. Currently 11th all-time in Wins, Driesell has a 786-394 record and coached at Maryland, Davidson, James Madison and Georgia State. He would take the Terrapins to a NIT Championship in 1972.

Rod Thorn enters as a Direct Elect Contributor. A decent player in his own right, Thorn was the General Manager for the Chicago Bulls for six years and was the man responsible for drafting Michael Jordan. He would later serve as the NBA’s Executive Vice President of Basketball Operations and would later win the Executive of the Year while with the New Jersey Nets in 2002.

Rick Welts also enters as a Direct Elect Contributor. Welts is the current President and Chief of Operations for the Golden State Warriors. Previously he worked for the NBA and is credited for the creation of the NBA All Star Weekend and the marketing of the 1992 U.S. Dream Team.

Charlie Scott is this year’s Direct Elect Veteran. Scott was the 1971 ABA Rookie of the Year and was a two time ABA All Star and three time NBA All Star. He also won an NBA Title with the Boston Celtics in 1976.

Entering the Hall as the Direct Elect International inductee is Dino Radja. Radja played three and a half years for the Celtics, but in Europe he was a two time EuroLeague Champion and a EuroLeague Final Four MVP (1989). He also won two Silver Medals in the Olympics for Yugoslavia as well as a Gold Medal in the 1990 World Cup.

Ora Mae Washington was also chosen. More known for her tennis she played Basketball throughout the 1930’s and early 40’s where she was considered one of the greatest female athletes of her day.

Of the Finalists, Chris Webber was the most notable name not chosen.

With this announcement we will begin work on the revised Notinhalloffame Basketball List, which will reflect the subtraction of the new inductees and the addition of those who will now be eligible next year.

We here at Notinhalloffame.com would like to congratulate the Naismith Basketball Hall of Fame Class of 2018.

More in this category: « More 2018 RRHOF Inductors are Named Major Update: Our Baseball List has been revised »