We have added more former players to our Hockey Futures 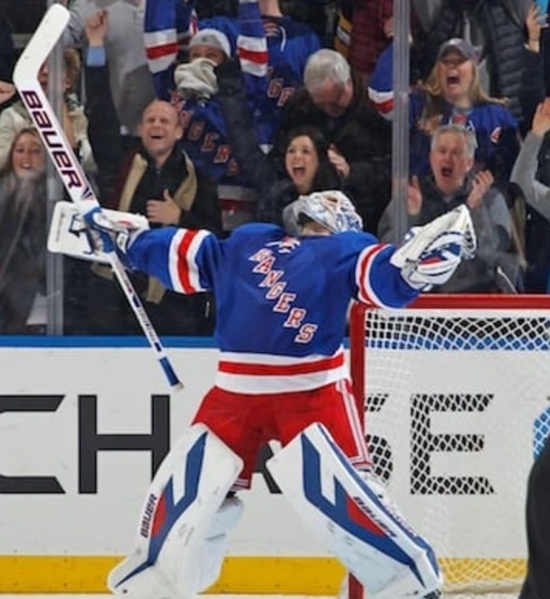 We have updated our Hockey futures with some new names for you to cast your votes on and offer your opinions.

Added to the 2022 Hockey Section are:

Brandon Dubinsky, who played at Center for Columbus and the New York Rangers.  He represented the United States internationally.

Dion Phaneuf, best known for his time in Calgary, and was a former First Team All-Star Defenseman.

Jason Pominville, who played most of his career with the Sabres and was an All-Star in 2012.

Ryan Kesler, the 2011 Frank J. Selke winner and two-time All-Star.  He also won Olympic Silver with the United States in 2016.

The 2023 Hockey Section is brand new and consists of:

Brent Seabrook, who played his entire NHL career with Chicago and won three Stanley Cups with the Blackhawks.  A one-time All-Star, Seabrook also won Olympic Gold with Canada in 2010.

Derek Roy, an 11-year veteran who won a Stanley Cup with St. Louis in 2019, and who represented Canada in multiple tournaments.

Henrik Lundqvist, the star Goalie from Sweden, who played his entire career with the New York Rangers, and was the 2012 Vezina winner.  A five-time All-Star, and two-time post-season All-Star, Lundqvist is sixth all-time in Wins, and is also an Olympic Gold Medalist.

Jay Bouwmeester, a Stanley Cup Champion Defenseman with St. Louis, and one of the most decorated players in International play for Canada with one Olympic Gold, two World Cup Golds and two World Championship Golds.

Jimmy Howard, who played his entire NHL career with the Red Wings and twice was a U.S. Olympian.  The Goalie was also a two-time All-Star.

Johnny Boychuk, a Defenseman who played for Boston, Colorado and the New York Islanders.  He won a Stanley Cup with Boston in 2011.

Ron Hainsey, who won the Stanley Cup with Pittsburgh in 2017.  The Defenseman also played for Atlanta, Carolina, Columbus, Montreal, Ottawa, Toronto and Winnipeg.

The 2024 Hockey Section is brand new and consists of:

Carl Gunnarson, who played at Defense and was a Stanley Cup Champion for St. Louis in 2019.  He also won three World Championship Medals with Sweden.

David Backes, who played for Anaheim, Boston and St. Louis, winning a Cup with the latter in 2019.  The one-time All-Star won Olympic Silver with the United States in 2010.

Mikko Koivu, who split his NHL career with Columbus and Minnesota, and won two Olympic Medals, one World Cup of Hockey Medal and six World Hockey Championship Medals for Finland.

Niklas Hjalmarsson, was a three-time Stanley Cup Champion with Chicago and the Defenseman also won Silver for Sweden in 2014.

Ryan Miller, who won the 2010 Vezina, and is best known professionally for his time with Buffalo.  He also played for the United States in two Olympics, winning Silver in 2010.

Travis Zajac, a Center who played for New Jersey and the New York Islanders, who also won a Silver Medal for Canada at the World Hockey Championships.

As always, thank you for your support.

More in this category: « The Baseball HOF announces the Early Baseball Era and Golden Days Era Finalists Our All-Time Top 50 Los Angeles Kings are up »