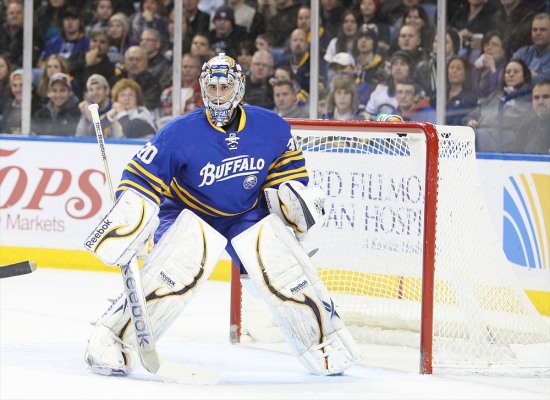 Because of the sheer greatness of Dominik Hasek, Ryan Miller was never going to be the best Goalie in Sabres history.  That being said, we know that Miller was pretty damned good.

Miller joined the Sabres organization after three years at Michigan State, and in his fourth year of professional hockey, Miller became the primary netminder for Buffalo.  He kept his GAA well under three, and finished sixth in Vezina voting in 2006-07, but Miller would have a banner year in 2009-10.  That season, Miller led the NHL in Point Shares (16.8), winning the Vezina and was fourth in Hart Trophy voting.  Miller would also post career-highs in Wins (41), GAA (2.22) and Save Percentage (.929).  On top of everything, Miller was the prime Goalie for the United States in the Olympics, and while the Americans fell to Canada in the Gold Medal Game, it was widely believed that Miller was the best player of the tournament.

Should Ryan Miller be in the Hall of Fame?