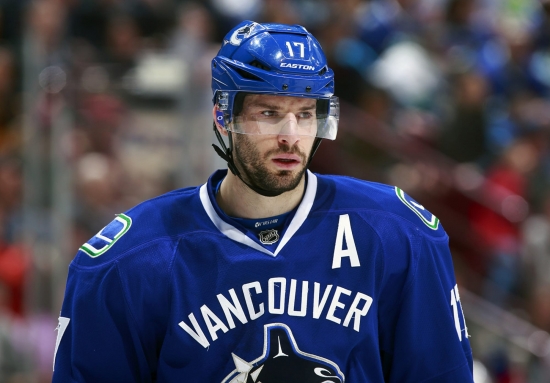 In the modern era, Ryan Kesler is one of the top defensive forwards, having not only won the Frank J. Selke Trophy in 2011, but finishing in the top three four other times.

The American debuted in the NHL in 2003 with the Vancouver Canucks, the team he played for over a decade.  Kesler had back-to-back 70-plus Point Seasons (2009-10 & 2010-11) with Vancouver, the team he won the Selke with.  Notably, Kesler was eighth in Hart Trophy voting that year.

Kesler played the last five years of his career with the Ducks, and overall had 573 Points in 1,001 NHL Games.  He would represent the United States numerous times, peaking with a Silver Medal in the 2010 Olympics.

Should Ryan Kesler be in the Hall of Fame?

More in this category: « Niklas Kronwall