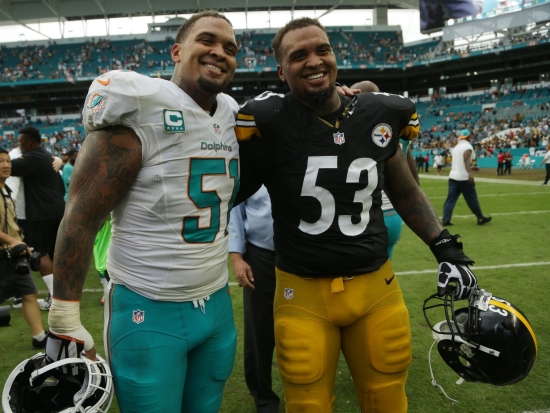 We have another significant retirement in the NFL.  Actually, two.

The Pouncey twins, (Maurkice and Mike) are both retiring at the age of 31.

The Pounceys played at the University of Florida, both on the offensive line.  Winning the 2009 BCS National Championship with the Gators, the brothers were both taken in the first round in 2011, Mike 16thoverall by the Miami Dolphins, and Maurkice, 18thby the Pittsburgh Steelers.  Both would play at Center in the NFL.

Mike went to three Pro Bowls with Miami (2013-15), and went to a fourth in his first season with the Los Angeles Chargers, 2018.  Maurkice was with the Steelers his entire career, where he was a nine-time Pro Bowler, three-time First Team All-Pro and member of the 2010s All-Decade Team.

Both are eligible for the Pro Football Hall of Fame in 2026, though only Maurkice has a legitimate shot. We will be writing their bios for our football futures section shortly.

We here at Notinhalloffame.com would like to wish Maurkice and Mike Pouncey the best in their post-playing career.

More in this category: « The Rock and Roll Hall of Fame Announces the 2021 Finalists RIP: Vincent Jackson »