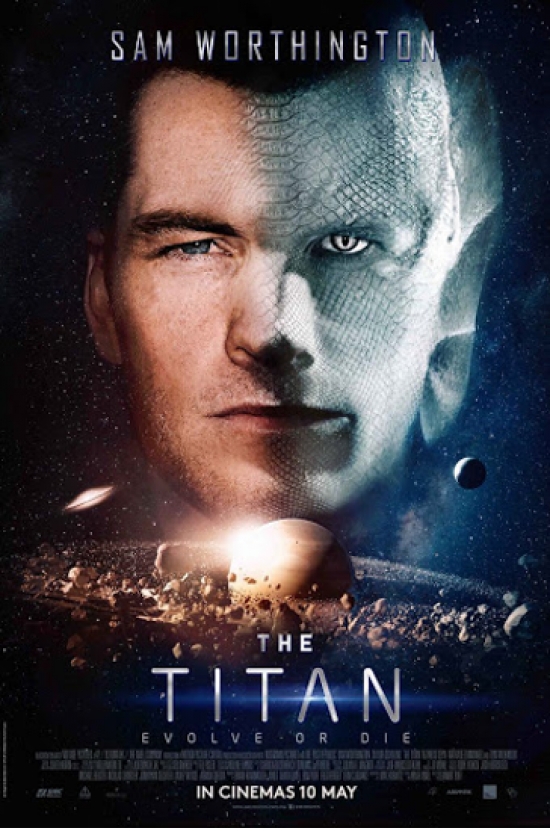 As Ontario is in the midst of it’s third lockdown, and the weekend is upon us yet again, it is time to search NETFLIX or Amazon to find another film to entertain us, and yes, to subsequently review. We relegated to searching for older NETFILX or Amazon originals as Hollywood has pretty much stopped releasing any of their good titles till after the pandemic has subsided.  So with that in mind, we went to an old favourite and re-watched the Joker. We loved that film and it still entertains, even though it is the 2ndtime I have watched it. I have previously reviewed this film, and if you wish to read my review, here is the link https://www.notinhalloffame.com/blogs/was-i-entertained/11081-review-joker-2019. After Joker, we started searching for another film to entertain, as we continued searching NETFLIX’s choice of films.

We stopped at the “True History of the Kelly Gang” and gave it a try. Well, after about 15 minutes of that fecal matter, stopped the film, removed it from my list and started searching again. Lo and behold we found “The Titan” (2018). This film stars Sam Worthington, Taylor Shilling and Tom Wilkinson, pretty much all solid actors, and for the most part I have enjoyed their previous performances. Before I continue on…what is it with Worthington and choosing titles with the word “Titan” in it…does he have some sort of fixation with the term..? Who knows, anyways, if you have read to this point, I am sure you are wondering what “The Titan” is all about. Well, “The Titan” takes place in 2048, and just as Stephen Hawking has predicted, the earth is overpopulated with little to no resources left and everyone is expected to die in the near future. Mankind’s only choice apparently is to travel to Saturn’s moon, Titan. According to the film, (as this is a place where they went scientifically wrong), the only body in the solar system besides Earth with an atmosphere is the moon of “Titan”. (What happened to Venus, Mars, Jupiter etc, they all have atmospheres…. just a little plot hole here, but let me continue). However, the chief scientist of the Titan program, Prof. Collingwood (Wilkinson) states that Titan’s atmosphere is inhospitable for humans, so that is why he has gathered a number of NATO’s military personnel to undergo a great transformation that will allow Humans to live on Titan. Thus saving the human race while concurrently stripping that moon for resources to send back home. In order to do this, Collingwood (Wilkinson) must inject these international volunteers with a drug cocktail that will enable them to morph into a new breed of humanity. One that can withstand extreme cold, swim great distances, glide through the air and see like a cat, not to mention that their 5 senses are so amped up that they are almost superhuman.

The rest of the film is basically the journey from normal homo-sapiens too homo-superior. We find that this journey is wrought with danger, some of the subjects don’t make it and Collingwood (Wilkinson) is really just an evil Dr. Frankenstein, Abi (Schilling) loves her husband unconditionally, and will do anything to prove it, while Lt. Rick (Worthington) is a dedicated family man and extremely mission focused.

What did I like about the film? For starters, the first half of the film was actually quite well done. The acting was solid as was the storyline. There was solid chemistry between Abi (Schilling) and Rick (Worthington), and the co-stars all played well off of each other. I even liked that this was supposed to be a NATO operation/mission and all the “Volunteers” came from the various participating nations. One thing that I really liked, that in this film, they were not all mid level officers, there was a hodge-podge of non-commissioned members as well as some several junior officers. That is pretty much where the good of the film ended… and the really bad started with the commencement of the third act.

In the third act, this movie just fell apart. We spent more time picking out the plot holes and laughing when we probably were not supposed to laugh, instead of sitting back and enjoying the film. The metamorphosis of the volunteers was starting to become ludicrous. The homo-superiors were starting to remind me of the film “Splice” and it ripped off not only that film, but in one instance “The Terminator” with a hint of “Avatar” …hmmm…didn’t Worthington also star in a Terminator movie as well as Avatar...at least he is stealing from himself. Collingwood (Wilkinson) also falls off of the rails and becomes pretty much crazy. The other supporting cast, either die horribly as they cannot handle the “change” or their chemistry with the remaining cast starts to fall apart. It almost feels like they either changed writers or directors mid stream and the feeling was WTF, lets just throw a bunch of special effects in the film, let most of them die and just wrap it up. This may not have been the case, but it sure felt like it.

The special effects were done well and I also enjoyed the films location, a small island of the coast of Spain that was just beautiful. That is pretty much all the good of the this film.

What didn’t I like? Well, besides numerous technical goofs, some continuity errors, and laissez faire attitude in the third act, the following items kind of made me scratch my head and wonder what the hell;

Theses were just some of the issues that I picked up during the film, but I am sure that there were many others that I had missed. Now, lets address the cast of this film.

Sam Worthington as Lt. Rick Janssen: Lets forget some of the issues I mentioned above for a moment, I actually liked Worthington in this role, especially for the first half of the film. He was believable and demonstrated solid chemistry with his principal co-stars. It is only when he became mutated, that I started to lose it a bit, but in this regard, I truly believe that it is the fault of the director/script, not the actor. Worthington is a pretty decent action star, and I feel that he was not utilized properly in this film.

Taylor Shilling as Dr. Abi Janssen: I found Shilling quite believable as the wife of our hero. Her emotions were pretty solid and the chemistry felt true between her and her husband (Worthington).  As with the remainder of the cast and the film writ large, in the first 2/3 of the film, I found her performance very solid, only in the final acts did it seem weak and contrived. Again, I feel not the fault of the actress, but of the circumstances she was put into.

Tom Wilkinson as Prof. Martin Collingwood: Wilkinson has been around forever, and I feel that I have enjoyed his more recent roles (last 15-20 years) more than what he did when he was younger. Never a leading man, but a solid supporting cast. His portrayal of the scientist that was the cause of it all was pretty believable, and I did enjoy his downfall. (Pretty much the only good part of the third act).

Agyness Deyn as Dr. Freya Upton: As the Igor to Wilkinson’s Frankenstein if you will, Deyn did a fair job portraying the assistant. Her character was developed just enough to believe that she could change sides and support the Janssen’s in their battle, and that she could see Collingwood (Wilkinson) for what he was. She actually looked familiar to us and we could quite place it till we checked IMDB and saw that she was in Clash of the Titan’s…. another film with Worthington as well. I am seeing a distinct patter here, taking ideas from his previous films, as well as former co-stars!

Nathalie Emmanuel as W.O. Tally Rutherford: Emmanuel is one of the other volunteers that is given the most screen time throughout the film besides Worthington. Her character is fairly developed and she displays descent chemistry with her co-stars. I liked her character till the final act, and again, for whatever reason that only the director and screenwriter knows, it just gets stupid. Up to that point, her character was well done and I actually enjoyed her in the film.

So, as with all reviews, were we entertained. Actually, we were…sort of. As I had mentioned previously, the first 2/3 of the film was pretty decent. It had some good character development, the script while not Oscar worthy, was fine, and even if it did have some mistakes/errors in it, we could live with them. The final third as indicated several time above is what really dragged the film down. But we did manage to sit through the whole thing. Would I recommend this film…hmm, well only if you are a Worthington fan and a fan of the Sci-Fi genre, and, if there is nothing else on; give it a try.

If you are interested in other films and shows from our principal actors, please give the following recommendations a try: