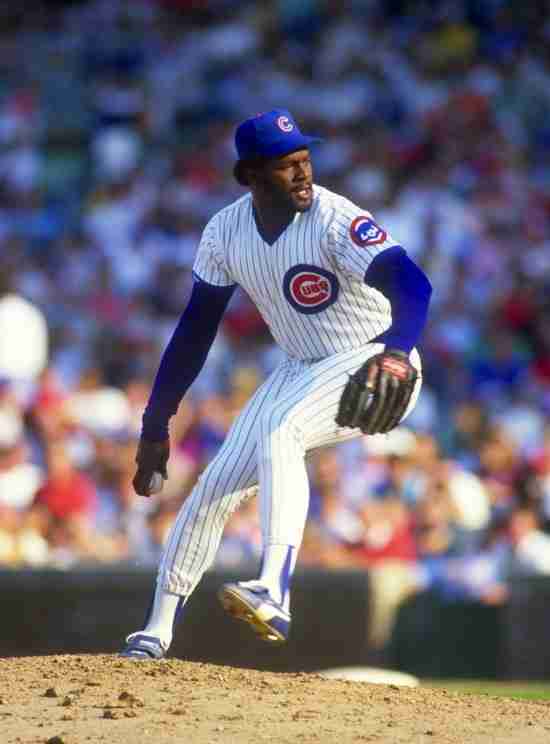 31 Dec
2015
Not in Hall of Fame
Last year, we did our first ever debate on Notinhalloffame.com where we tackled the Hall of Fame merit of twenty-four men who are on the Hall of Fame ballot, in what was in our opinion the most loaded ballot in our lifetime.

Chairman: Lee Smith retired as the all-time leading leader in Saves, and here we are entering his fourteenth year on the ballot where he came off of a 30.2 percentage, 20 points lower than what he got in 2012.

How did he plummet so bad?  I think a large part of that is because the stat of the Save is not what it was and when you look at his advanced stats, he isn’t what he should be in reference to other closers.  His 29.6 bWAR and 25.4 JAWS put him ahead of new ballot relievers, Trevor Hoffman and Billy Wagner but with Smith what gets me is that unlike Hoffman, I never felt that Smith was a dominant closer, and what I mean is that did I ever feel he was one of the top two or three in the game.

I think what dissuades me the most about Smith is that for a reliever, how much he didn’t matter when the light shone brightest (his playoff numbers are terrible) and for all of the Saves he accumulated, how many do people remember?

Spheniscus, this is a guy who every year I talk myself more and more out of the Hall.

Spheniscus: I saw him play for two and a half seasons during my impressionable years when I followed every pitch of every game. Never once did I realize that he might be a Hall of Famer some day. All we talked about was how Smith wasn’t as good as the Steamer, Bob Stanley. And really, Bob Stanley wasn’t that good.

When we traded him to the Cardinals for former Twins “great” Tom Brunansky, there isn’t a Sox fan I know who didn’t think we got the better of the deal. Although, it helps that Brunansky made an incredible play in the right field corner to clinch a Sox playoff berth on the last game of the 1990 (the “Morgan Magic”) season. I mean we thought so highly of Smith that we were psyched when another former Twins “great” (and my former neighbor) Jeff Reardon was signed to replace him. And neither Reardon nor Brunansky are ever sniffing the Hall.

I already did his stats in the Trevor Hoffman section and I agree with you, he just doesn’t make it on paper. But at no point does he make it in reputation either. Literally the definition of a compiler. And a compiler in a category that no one cared about until Rivera retired. If someone passes Rivera in career saves people will notice. No one noticed when Hoffman passed Smith. And no one noticed with Rivera passed Smith either. I have 22 other people on this list ahead of him in my opinion. He’s not getting in. Ever.

The Chairman cannot even remotely disagree with anything you said…however…

I can disagree with my own thoughts.

Had I a ballot twelve years ago I very well might have voted for Smith, erroneously believing that being the all-time leader in Saves should warrant him serious consideration for the Hall of Fame, and that would have been the wrong choice to make.

There is no other stat in Baseball (and yes I will include wins and losses) that you can poke more holes in than the save.  You can stink and still get a save.  You can throw one pitch and get a save.  You have no opportunity to pick up a save if your team is never winning late in the game.  You called Lee Smith a compiler, and sure enough when I looked him up in Webster’s, there he was looking like he just came off of an advertisement for Soul Glo.

There is no “lights out” feeling when Smith took the mound.  His playoff stats are not good, which was only 5.1 innings with an ERA near 9.  Some difference maker if he hardly got his team to the dance, and when he showed up it was the chicken dance.

You called it when you as a Boston fan didn’t care when he left.  Did they at Wrigley either?

Spheniscus: And he won’t get that 15th year on the ballot bump either. If you had to choose between Hoffman and Smith for the 10th vote on your ballot, you would take Hoffman (again, you should take Billy Wagner over either but no one is going to do that). And believe me, he is the 10th vote on a lot of people’s ballots. My guess is that he ends up in the 20s and we unfortunately have this “debate” again next year. Then he mercifully drops off the ballot. This is one case where the new 10 year limit would have actually helped.

Chairman:  He will finish with his lowest total, and yes, he is now the third best reliever on the ballot.

I will go one step further in that he will never make a Veteran’s ballot in the future.

My fictional vote is a no, and my prediction echoes yours:  24%.

Spheniscus: Looking at the list, he probably finishes somewhere around 12th overall. Last year, 12th got 12.9%. That seems like a big drop, so I’ll say 20%.