John Franco believes he is a Hall of Famer 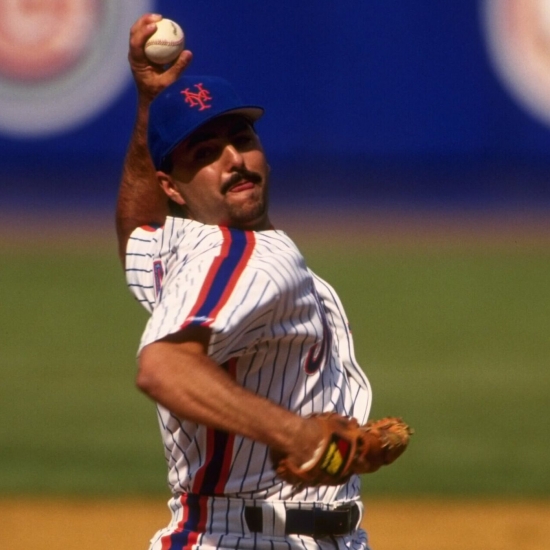 According to John Franco, he should be in the Baseball Hall of Fame.

In an interview this past weekend with WFAN in New York City, Franco was asked about his Cooperstown omission and had quite a bit to say on the topic:

“I’m still trying to figure it out myself, too.  It is what it is. Writers at the time … guess they felt the save statistic wasn’t that important.

The game has changed from early 90s to present where relief pitchers more important and part of that strategy of the game.  It is what it is. My numbers are just as good as anybody in the Hall of Fame. Mariano’s off the chart, obviously, and Trevor Hoffman, but [my numbers] are comparable to everyone else in there.

The Hall of Fame is supposed to be about numbers…relief pitchers in there have 400-600 saves. The other ones who have been in there a while have 300 saves, obviously that’s a different era. I have 424. In my mind, I think I deserve to be in there, but it’s up to the voters.

Longevity, number of games I pitched in, games I finished – I think it was over 1,100 games I played in – my ERA has been really good…these are things that they consider and we’ll just have to see who is on that committee.  The thing I like about that is that there are players voting on that, too. That’s probably how the Hall of Fame should be…we’ll have to wait and see what happens but I’m hoping vote goes my way next time.”

The first reaction is that it is possible that some Hall of Fame voters left Franco off of their ballot, as he could not make their top ten.  If that is true, and there were just three voters who did not select him because the cap is ten, he would have remained on the ballot.  Subsequently, this was when the Hall still had a 15-year period, thus Blyleven, Morris, Parker, Mattingly and Murphy would not have been on the available pool to vote on had the current rules applied.  It should also be noted that other first ballot candidates were Kevin Brown (2.1%), Tino Martinez (1.0%) and John Olerud (0.7%).  This was one tough ballot!

Franco referenced his save total (424), which is currently fifth all-time, and ahead of Goose Gossage and Bruce Sutter, who are in, but Franco played later, when Saves were not as prevalent.  As for Lee Smith, he had 478 Saves, and a bWAR of 28.9 against Franco’s 23.4.  The most accurate comparison is Wagner, who is currently in his 6thYear of Eligibility, has 422 Saves with a 27.7 bWAR, and had less competition on his ballot.  Wagner had 31.7% of the vote last year, and it is not inconceivable for him to get in.

Franco’s Cooperstown path is not closed.  He is eligible for the Today’s Game Committee, who will convene in 2022 for a 2023 induction.  That is still a tall order, but if Wagner looks to be Hall of Fame bound, Franco looks so much better, especially considering he has more association with a single team, and a better post-season record.

More in this category: « Marc Ratner named to the UFC Hall of Fame The Pro Football Hall of Fame announces their Semi-Finalists »