The Greatest Athletes from Philadelphia 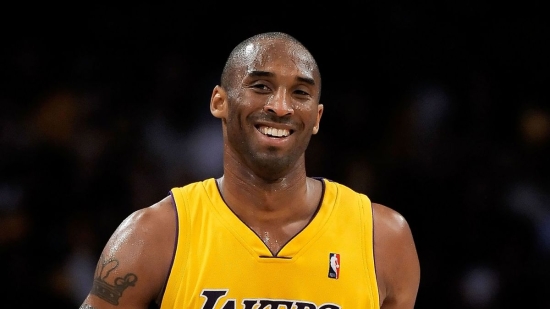 Philadelphia is not only the birthplace of the United States but also the birthplace and childhood neighborhood for many great sportspeople. With four major sports teams in the city, the city of brotherly love has been called an underachiever with just two major championships in the last twenty years. Still the city has had much to offer with many great athletes and hall of famers growing up in Philadelphia. Let’s have a look at some of the legends.

This Philadelphian is one the greatest athletes from Philadelphia and one of the best to play the game of Basketball. The 7-feet 1-inch-tall player was known for his long-standing rivalry with Bill Russell and still holds numerous NBA records.

To this date he is still the only player to have scored 100 points in a single game. He is the only player in history to average more than 30 points and 20 rebounds per game and is second only to Michael Jordan in point per game average. He was a major part of the 1967 championship winning roster that took home the second NBA title to the city of Philadelphia and has earned him legendary status in the city.

Frazier was not born in Philadelphia but packed up his bags in 1959 at the age of 15 to travel to Philadelphia. The boxer soon became a big name in the amateur ranks and won three Golden Gloves championships in a row from 1962 through 1964 before taking home an Olympic gold medal at the 1964 Tokyo Games.

Smokin’ Joe would go on to become a heavyweight world champion in 1970 and go up against Muhammad Ali in 1971 in what has been billed as the fight of the Century. The fight saw Frazier hand Muhammad Ali the first defeat of his career and create a legend about the hard hitter from South Carolina.

A life that ended up with a tragedy was started in the neighborhoods of Philadelphia, where his father Joe Bryant played for Philadelphia 76ers. Growing up in Italy and Philadelphia Bryant grew his own talent and decided to skip college and enter the 1996 draft as a high school player.

The Black Mamba was picked 13th overall by the Los Angeles Lakers and would go on to be one of the most legendary players in franchise history. With him on the team the franchise won 5 NBA championships in 21 seasons with him being elected to 18 all-star games, second only to Kareem Abdul-Jabbar.

This year his former team the Lakers are one of the favorites for the NBA title with Lebron James leading the franchise. With many games still left this season you can find plenty of games to bet on. Read all about betting here.

This track and field athlete still holds the world record for the longest long jump ever. His record of 8.95 meter has stood since 1991 and it does not look like it is going to be beaten any time soon. Unfortunately for Powell there was another amazing American long jumper at the time called Carl Lewis who would go on to win two Olympic gold medals right in front of him. At the World Championships in 1991 in Tokyo Mike Powell finally got the better of him to take home his first major championship medal.

More in this category: « Awards - HOF? Part Sixty-Four The ABA Rookie of the Year How To Make the Most of Sports Betting in New Jersey »