The Star-Studded NBA Hall of Fame Class of 2020 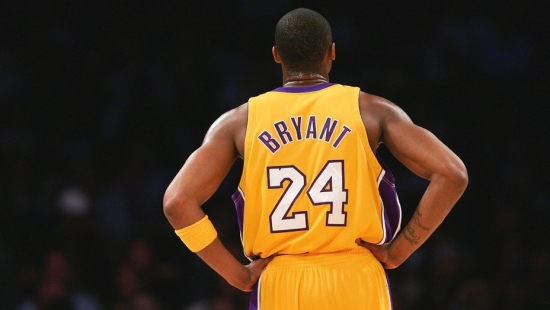 Every year the NBA Hall of Fame welcomes legends of the game to its wall, however, the ceremony was postponed last year, and will instead be taking place this year in May. The induction ceremony recognises basketball stars and influential members of the basketball world alike.

This post will look through the players and committee members that will be forever enshrined in the halls of the Naismith Memorial Museum.

While the events that led to us losing the great Kobe Bryant won’t be forgotten anytime soon, he was always going to enter the Hall of Fame. there are very few, if any players, that have reached the heights that Kobe did, let alone win what he won.

The 18-time NBA All-Star was also a 5-time Champion with his career team the Lakers. He was a 2-time NBA Final MVP, as well as a 2-time Olympic gold medalist representing the United States in London and Beijing.

Not only was he a phenom during his career, but many players credit him with being their inspiration and the reason they play basketball. We can’t forget about the “Mamba mentality” either, another aspect of his incredible legacy that will live on.

Another man who has most definitely left his name on the game forever, is Kevin Garnett. KG spent most of his playing career with the Timberwolves and Celtics, with a couple of seasons at the Nets sprinkled in there.

He is a 15-time NBA All-Star, a 9-time NBA All Defensive Team pick, and an NBA Champion with the Celtics back in 2008. His individual awards are endless, but it is what he brought to your team that was incredible. An individual giant, as well as the definition of a team player, Garnett had it all.

Another one team player, Tim Duncan spent all of his playing career, as well as his stanza in coaching, at the San Antonio Spurs. A man who is sometimes forgotten when it comes to the “all-time greats” of the game, Duncan has the individual and team accolades to most definitely put him in the conversation.

Duncan was crowned MVP 15 times, as well as being an NBA champion 5 times with the Spurs, and a 3-time NBA Final MVP. He has also dabbled in coaching, but considering the monumental career he has had, it’s more surprising that he wasn’t inducted sooner.

Unfortunately, another inductee that won’t be able to attend the ceremony is that of Eddie Sutton. Sutton coached from high school all the way up to college, winning multiple titles in the process.

The power forward spent most of his career in basketball as a coach, leading the Houston Rockets as both head coach and assistant, as coaching the LA Lakers. As a player, he was a 5-time NBA All-Star, and saw his two NBA title wins come as a coach.

Tomjanovic was the victim of an almost fatal punch to the face back in 1977, it ended his season prematurely, but he came back to play for 3 more seasons. He was als the head coach of Team USA when they won the gold medal at the Sydney Olympics back in 2000.

What hasn’t Tamika Catchings won in the WNBA? She is currently the GM at the Indiana Fever, and spent her career playing for Indiana, as well as spent time in Poland, Russia, as well as Turkey.

Her list of accomplishments is endless, she is a WNBA Champion, a WNBA Finals MVP, a 10-time WNBA All Star, a 7-time All-WNBA First Team, a 5-time WNBA Defensive Player of the Year, as well as a 5-time member of the All-Defensive First Team.

Kim Mulkey can easily be regarded as one of the best coaches the game has ever seen. While her playing career saw her gain a small amount of success, although that does include an Olympic gold medal, she most definitely reached her heights as a coach while at Louisiana Tech and Baylor.

Another coach that dominated the College women’s game is Barbara Stevens. She spent her college career playing for Bridgewater State, and her coaching career started in 1976 at Clark, she then spent a few years at UMass, before spending the rest of her career at Bentley.

Bauman focussed a lot on the youth game and bringing youngsters up through the ranks. He was well-known for the hard work he put into spreading the game across the globe and giving more and more players the chance to make it.

More in this category: « Five Coaches Who Should be in the Pro Football Hall of Fame Famous Female Singers Who Don’t Hide Their Attraction to Women »