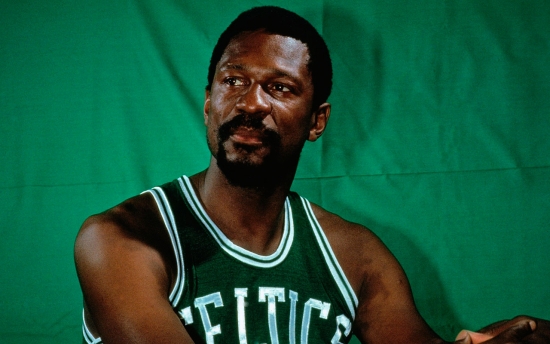 Despite the high amount of Hall of Famers that the Boston Celtics had and how many championships that they won; you would think that there would be a glut of top considerations for the spot of the best of Celtic of all-time.

There is only one man it could be, and that man is Bill Russell.

When it was all said and done, Bill Russell retired as an 11-time champion, five-time rebounding champion and a five-time MVP.  The more important the game, the better he was, and there is no more deserving man for the NBA Finals MVP to be named after.  While he can be criticized for how he abruptly quit after the 1968/69 without telling anyone which made the Celtics have to scramble for a new Center and Head Coach, there is no doubt that the positives dwarf the bad, so much so, that any negative probably should never have been mentioned.

We are sorry that we did!

More in this category: 2. Larry Bird »