Is Derrick Rose a Hall of Famer? 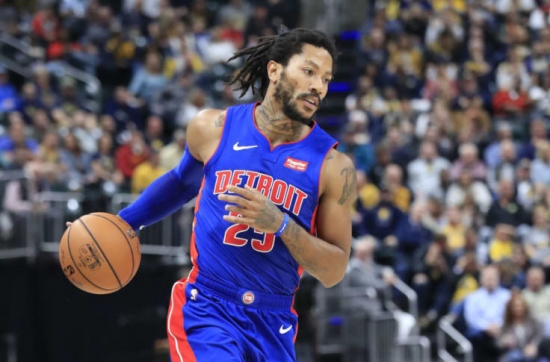 Is Derrick Rose a Hall of Famer?

Derrick Rose was on the path to superstardom in the NBA after being named the MVP of the 2010/11 campaign. The point guard was irrepressible, averaging 25 points per game to become, at the age of 22, the youngest recipient of the award in the history of the game. Rose’s talent brought back shades of Michael Jordan for Chicago Bulls supporters that had been starved of success since the departure of Air Mike and Phil Jackson in 1998.

The Bulls won 62 games in that campaign and were on the path to the NBA Finals, only to be crushed by the big three; LeBron James, Chris Bosh, and Dwyane Wade, at the Miami Heat 4-1 in the Eastern Conference Finals. Rose performed well throughout the postseason, averaging 27.1 points per game to take the fight to the dominance of the Heat, but even the MVP was overwhelmed on the court in the end. However, given Rose's young age there was great hope for his future along with that of the Bulls – with the point guard subsequently signing a five-year $94.8m contract extension in the middle of the following campaign.

Chicago overlooked early injuries that limited Rose to only 39 regular-season games in the 2011/12 season. Disaster then loomed in the first game of the playoffs as the point guard suffered a torn ACL, ruling him out of action for 18 months. He returned for the start of the 2013/14 campaign, but his struggles were evident on the court. No one expected Rose to be dominant straight away and accepted there would a settling in period once again. Luck was to torment the former MVP just when it appeared he was on the right track, falling victim to another serious knee injury. It would be the blow that would end the notion of Rose becoming one of the NBA’s all-time greats.

The Bulls have not recovered since losing the dominance of their point guard. In contrast to the team that lost to the Heat in 2011 in the Eastern Conference Finals, Chicago have not sniffed the Finals since. Miami are competing in the Finals, ironically against LeBron and the Los Angeles Lakers, who are the leading contenders in the odds on NBA betting with bet365 for the title. It was not meant to be for Chicago, who saw a potential all-time talent snatched away due to the cruel fate of injury.

Rose has managed to remain at the court, but not at the standard of the early stages of his career. He has been a useful operator for the Minnesota Timberwolves and last season with the Detroit Pistons in a limited role. He has made the most out of his minutes, notching 18 points per game and using his intelligence and guile to increase the level of his assists. It remains a sad state of affairs that a generational talent has been sidelined to a role off the bench at middling outfits.

The debate whether he will be in the Hall of Fame will be an interesting one. He certainly had an outstanding three-year run that was at the standard required to qualify for the Hall, winning the MVP and three All-Star berths. However, the injuries prevented him from sustaining that level. Perhaps if he could have stretched out a five-year tilt with a couple more All-Star nods then maybe it might have been enough. But on the basis of his current career – Rose will just fall short. It’s an injustice to his talent, but availability and longevity are valuable attributes just as much as quality.

More in this category: « Awards = HOF?: Part Fifty-Two: The Hart Trophy How the Patriots can win without Tom Brady in 2021 Super Bowl »