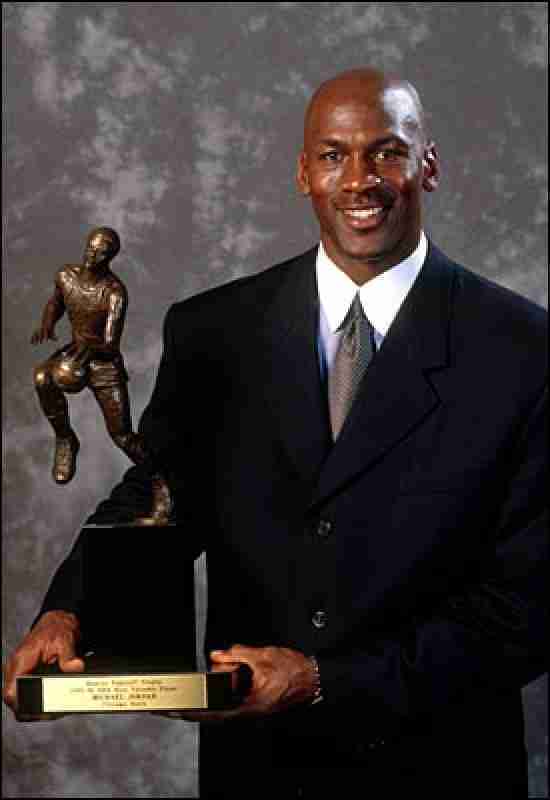 
Needless to say, different awards in different sports yield hall of fame potential.  In basketball, the team sport with the least amount of players on a roster, the dividend for greatness much higher.  In baseball, it is not as much as a great individual season does not have the same impact.

We are starting with the Most Valuable Player Award in the National Basketball Association (Why?  We have to start somewhere, and as of this writing it is the start of the NBA Season) and let’s see just how many eligible players who have won the MVP have made the Hall of Fame!

The following are the NBA players who have won the NBA MVP who are eligible for the Naismith Basketball Hall of Fame.

The following have won the NBA MVP who (are eligible) and have entered the Hall of Fame are:

Not a single one, meaning that winning the MVP Award of the National Basketball Association gives you a 100 percent chance of being enshrined in Springfield, Massachusetts.

Okay, it doesn’t, but there hasn’t been a miss yet, and based on who is up next, can we assume that the perfect record can continue?

Here is who up next…

Allen Iverson (MVP in 2001), who is will be eligible for the Hall of Fame next year.  If he does not get inducted than the “perfect” record for MVPs will be no more, but as controversial as he was, can they keep him out?  Incidentally, Iverson is ranked #1 on our Notinhalloffame.com basketball list.

While arguments could potentially be made that Derrick Rose (MVP in 2011), Kevin Durant (MVP in 2014) and Stephen Curry (MVP in 2015) are not Hall of Famers yet, it would be difficult to imagine that based on who is in the Hall currently, there should be little reason to think that they won’t follow that path.

Recapping (though we have only done one award so far) we have the following:

Up next we will shift our attention to hockey, but not the MVP just yet.  We will look at the Norris Trophy, awarded annually to the NHL’s top defenceman.

More in this category: « Our dream Rock and Roll Hall of Fame Ballot Awards = HOF? Part Two: The Norris Trophy »