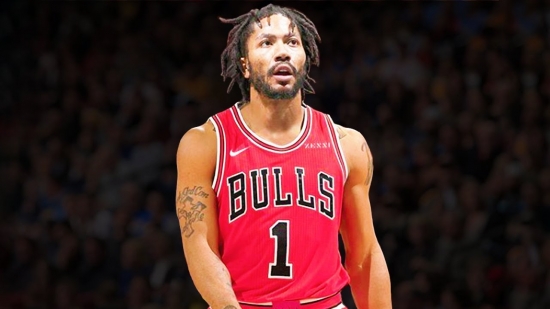 When we began this, we thought Derrick Rose would be ranked a little higher, but here we have an MVP who was never the same after a torn ACL.

Rose’s career met early expectations. Drafted First Overall in 2008 after a season in Memphis, Rose won the NBA Rookie of the Year with a 16.8 Point and 6.3 Assist per Game year.  The Point Guard was an All-Star the following year, as he cracked the 20 PPG mark. This was a very good pair of opening seasons, but Rose was ready to ascend to greater heights.

In this third year in the NBA (2011-12), Rose averaged an even 25.0 PPG with a 7.7 APG.  Not only was Rose an All-Star, but he was also a First Team All-Star and the league MVP.  Chicago went deep into the playoffs that year, and at age 22, he was yet to reach his peak, and Rose looked to be the best Bull since Jordan.  Or so we thought.

The Bulls gave up on Rose, trading him in June of 2016, but this is a former MVP, so calling him a disappointment just seems wrong.  We can say that it could have been so much more, but injuries have a winning record.