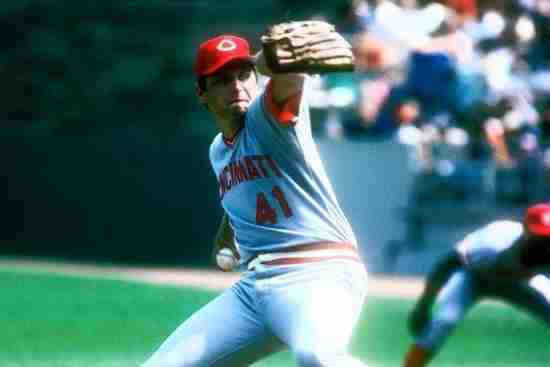 Tom Seaver was justifiably inducted into the Baseball Hall of Fame with 98.8% of the vote.  He is equally warranted as our selection for the greatest New York Met of all-time.  Still, even though he spent five and a half seasons with Cincinnati after the “Midnight Massacre Trade” that decimated the Mets, do we ever think of “Tom Terrific” as a Red?

We don’t, but he was still a good one.

In the season that he split between New York and Cincinnati, he had a year good enough to finish third in Cy Young voting while being named an All-Star that year and the following one.  He would be an All-Star again in 1981 and would lead the National League in Wins in that strike-shortened year.  Fittingly for Mets fans, he was traded back to them after the 1982 season.