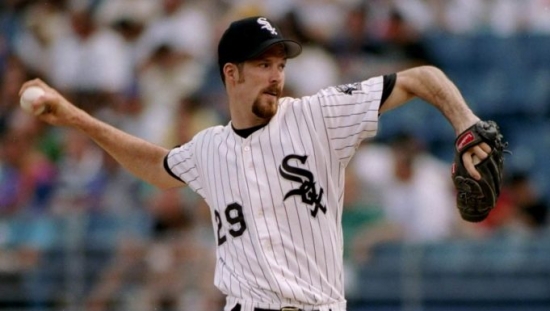 “Black” Jack McDowell was the fifth overall draft pick in 1987, and he was able to make the White Sox for four starts that year.  He played in 26 Games the following season, but injuries and rehab kept out of the parent club throughout 1989.  McDowell returned in 1990 with a nice 14-9 season, but that was just the harbinger of things to come.

From 1991 to 1993, McDowell would enter the upper rung of Starting Pitchers.  He was an All-Star in each of those seasons, and as the ace of Chicago's staff, he would win 17, 20, and 22 Games in those seasons, with the latter seeing him finish first in the league.  That was a very special year for McDowell, who won the Cy Young Award after being the runner-up the year before.  His play declined tin 1994, though still finished first in SO/BB.  That was his final year in the Windy City, as he was dealt to the New York Yankees in the off-season.