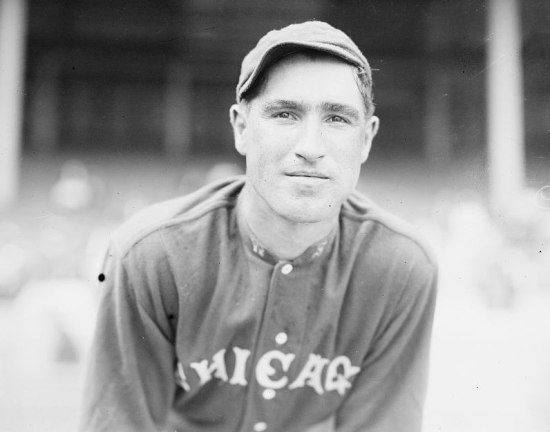 With the nickname of "Death Valley" (he came from Deadwood, South Dakota), Jim Scott would always post a sound ERA, though he was not always blessed with a lot of run support hence his losing record of 107-114.

Scott played his entire career with the White Sox (1909-1917), and he would have a good start throwing for more than 220 Innings in each of his first three seasons.  The South Dakotan missed most of 1912 due to injury, but he came back to have the best three seasons of his career.  1913 would see him have a losing record of 20-21, but his ERA was a sparkling 1.90, and MVP voters placed him 14th on the ballot.  In 1915, he would have 24 Wins against only 11 Losses, and he led the league in Shutouts.

His White Sox, and for that matter, major league career ended during the 1917 season as he joined the military after the United States entered World War I.  Chicago would go on to win that year’s World Series.