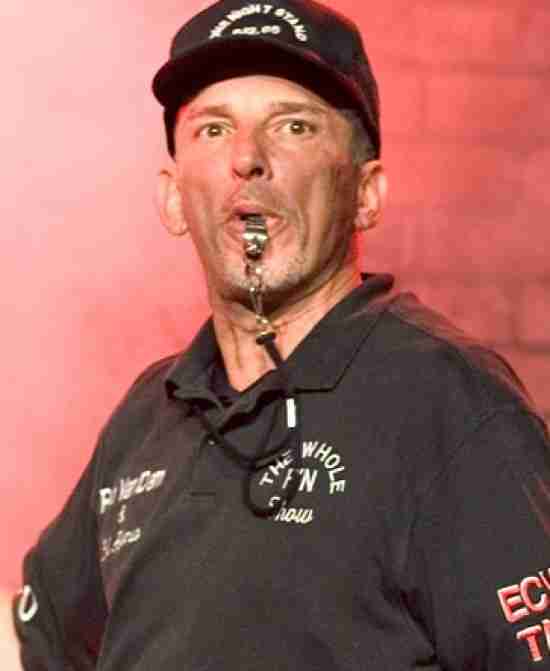 A well travelled referee (including the WWE), Bill Alfonso will always be best known for his run in Extreme Championship Wrestling, where after a stint as a ref, he became a whistle blowing manager.
“The Man who Calls it Right Down the Middle” was the top manager in ECW and was in the corner at various points of Taz, Sabu and Rob Van Dam, three of the most important performers in ECW history.  Alfonso wasn’t afraid to get physical in the ring, or bleed in it, as anyone who saw his bloodletting in a match against Beulah McGillicutty.

Should Bill Alfonso be in the Hall of Fame?