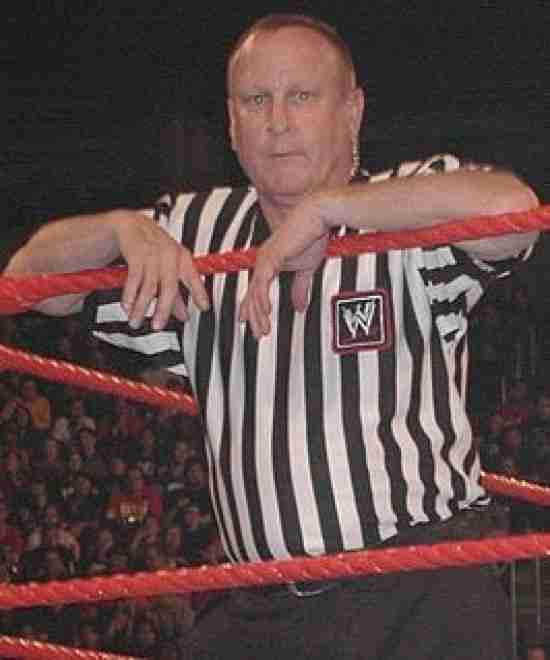 As of this writing, there has yet to be a referee inducted into the WWE Hall of Fame, and we are not counting Teddy Long, who largely got in on his role as a manager and the Smackdown general manager.  If that ever happens, our vote is for Earl Hebner.
Hebner is one of the few refs who was regularly involved in angles, and no we are not talking about Survivor Series 1997!  The senior referee for years and the go to for many wrestlers when they wanted an important match officiated, Hebner deserves to be the first ref inducted…should they feel they ever want to induct one.

Should Earl Hebner be in the Hall of Fame?