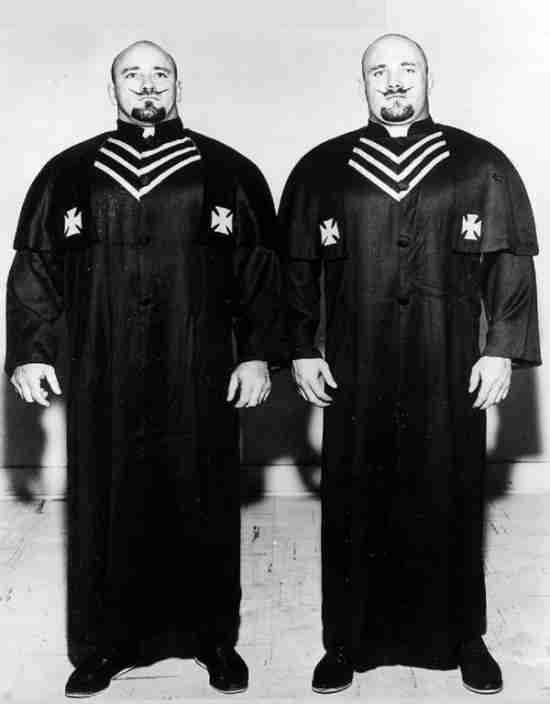 This one could be a little bit complicated.

Following World War II, the idea of evil German or Japanese wrestlers worked, and there were many that succeeded.  The Von Brauners however, go down in history as the most successful tag team of that ilk.
Terrorizing territories for over fifteen years, the Von Brauners were originally comprised of Jimmy Brawner and Doug Donovan, who resembled each other enough to pose as twins.  The pair would work together for five years, until Doug’s real life brother would become “Eric Bon Brauner”.  A second “Kurt” would be played by Willy Rutgowski.

No matter the combination, the Von Brauners were a large part of wrestling lore!

Should The Von Brauners be in the Hall of Fame?