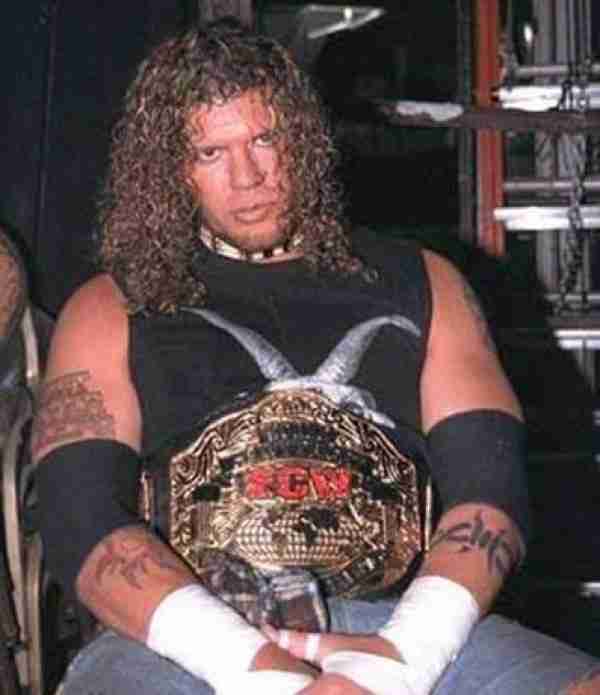 After years of portraying various pompous characters, Scott Levy found gold when he created the persona of Raven.  Raven was a dark brooding character that was very much a reflection of society around him.  Quickly, he became one of the centerpiece’s of Paul Heyman’s ECW and was delivering brilliant matches and compelling promos.  As Raven, he would capture the ECW Championship twice and headlined the first ECW Pay Per View.

As great a character as it was (though it would get muddled by WCW and ignored by WWE) it always felt like it could have been much more had the big two used him properly.  In WCW he did have a mid card spot, but was leading around curtain jerking talent.  In the WWE, he was only used in the Hardcore division and was not really featured anywhere else. Considering what they had to work with, it will always be a question as to why he was never featured more prominently on the National stage.

With a recent lawsuit against the WWE, an induction seems remote, but hopefully a mind as brilliant as Scott Levy will continue to give back to wrestling in various capacities.


Should Raven be in the Hall of Fame?

Should Raven be in the Hall of Fame?

0 #4 Committee Chairman 2012-07-14 17:12
Funny... Raven is actually the only on twitter who qauestioned his ranking on this site!
Quote
-1 #3 Knuckles 2012-07-08 00:24
Raven may well be second only to the Undertaker in regards to greatest wrestling characters. He came quite a long way from what was essentially a Jim Cornette knock off when he was in the WWF previously. He should get in.
Quote
-4 #2 sg15fan -0001-11-30 00:00
ok, judging by this and the comment you posted on roaf's page, i dont know what you would consider a good offensive linemen. will shields was simply put one of the greatest guards of all time, definitely the greatest of a generation. and roaf was just as good. i agree wisniewski was great but the guy played extremely dirty.
Quote
-4 #1 jimmy26 -0001-11-30 00:00
Are you serious? Number 4? Steve Wisnewski was way better. played on teams that actually made the playoffs and is not getting half the push. I keep telling you guys that pro bowls for lineman are overrated. Its based on reputation. not truth. Shields was good for sure and I will admit a borderline hall of famer but no way a first ballot guy. But I will give you this. he is way better than Roaf.
Quote
Refresh comments list
RSS feed for comments to this post