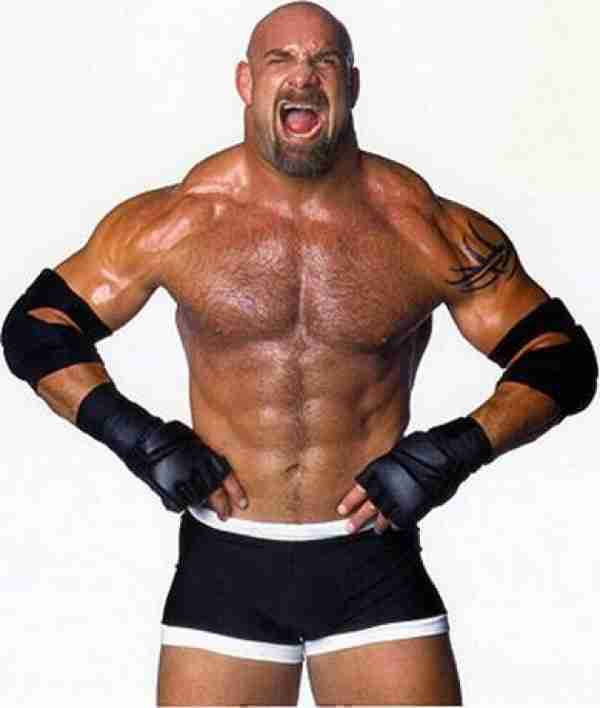 Okay.  This one was really hard for us to rank, and we are very curious to see what readers of website thinks.  We can’t imagine there will be a lot of neutral opinions on the wrestling career of Bill Goldberg.


Bill Goldberg’s career inside the squared circle may not have lasted very long but it was certainly spectacular.   From the moment he debuted on WCW Nitro, he captivated audiences and became the biggest star (and essentially the last) that Eric Bischoff made.  He looked like a machine and fans rallied away the he dismantled opponents in rapid fire fashion.  He captured the WCW World Heavyweight Title by defeating Hulk Hogan in the Georgia Dome and was poised to b the man who could take back the ratings on behalf of WCW.  The Fingerpoke of Doom and injuries derailed his momentum but there was no doubt that he was a major star in the world of wrestling.  After WCW folded, Goldberg was used in less than perfect fashion by the WWE, and it never seemed like he even wanted to be there, which could very well be the biggest obstacle for him to enter the Hall.  It has been often said by his peers that Goldberg had no real passion for wrestling and subsequent interviews point to that.  That, more than any comments he makes about Vince McMahon could keep him out.

Should Bill Goldberg be in the Hall of Fame?

Should Bill Goldberg be in the Hall of Fame?

WWE SMACKDOWN AT CAPITAL ONE ARENA IN WASHINGTON, DC

Buy your Tickets to see WWE Smackdown at Capital One Arena in Washington, DC HERE for as little as $261!

Buy your Tickets to see WWE Monday Night RAW at Capital One Arena in Washington, DC HERE for as little as $94!

+1 #3 Ryan Siemens 2018-06-01 22:46
So, the HOF finished about 3 months ago, when're you guys gonna finally updated this section, and add this years inductees to the other list?
Quote
0 #2 Turd Burgler 2015-01-16 12:50
I'm surprised Vince didn't induct him just based on the merit that Greenberg nearly killed Bret Hart. A great athlete he was but never did it translate to wrestling skill. The only reason I would include him is the fact that his name still gets chanted in WWE venues every time Ryback performs... that's hilarious!
Quote
0 #1 Knuckles 2012-07-08 00:15
Never was a fan. They wanted someone to really push and they found him. Limited in the ring and not a great talker, he did look the part, at least. He was absolutely hilarious on a segment of The Man Show where he explained Hanukkah to Adam Carolla and Jimmy Kimmell.
Quote
Refresh comments list
RSS feed for comments to this post