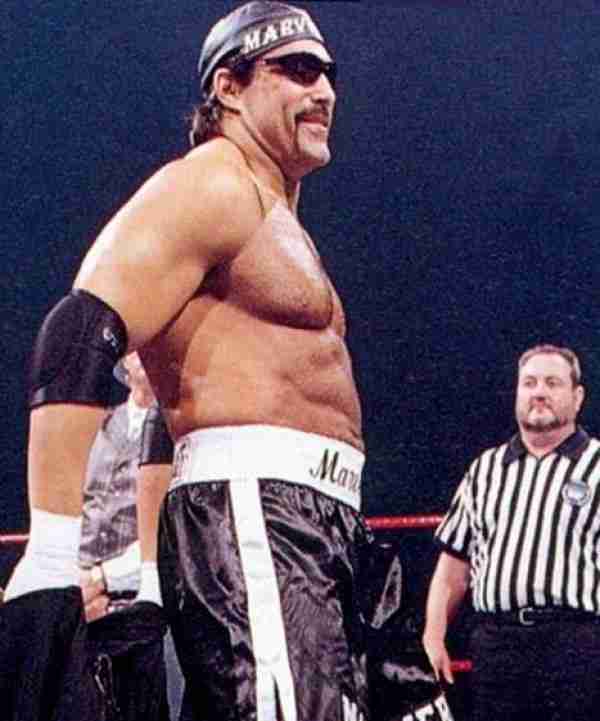 Marc Mero’s first incarnation in WCW as Johnny B. Badd had such an awful beginning it is hard to imagine he could ever overcome it.  Mero actually got over by playing the character so over the top, but while he was doing it fans were really taking notice of the improvement in his in ring skills.  By 1994, he was one of the best wrestlers on the WCW roster and his string of Television Titles was well deserved.  He was still very talented in WWE, but he essentially sacrificed his career for his then wife, Sable by putting her over and helping to make her one of the biggest stars that Vince had at the time.  Marc Mero could be considered for the Hall for the above reasons, but his anti WWE comments following the Chris Benoit death may have prevented that from ever happening.

Should Marc Mero be in the Hall of Fame?

Should Marc Mero be in the Hall of Fame?

Buy your Tickets to see WWE Monday Night RAW at Capital One Arena in Washington, DC HERE for as little as $235!

Buy your Tickets to see WWE Smackdown (Rescheduled from May 11, 2020) at Mohegan Sun Arena at Casey Plaza in Wilkes Barre, PA HERE for as little as $54!

0 #2 John A. 2017-01-05 07:38
Should be higher in my opinion. Johnny B. Badd was a great character that made early 90s WCW fun to watch. Then he went to WWF where he was a very underappreci ated contributor to the early days of the Attitude Era. The possessive jerk husband, the 450 splash, and him calling Salvatore Sincere (Tom Brandi) a "jobber" on the air were some really memorable parts of the early Attitude Era.
Quote
0 #1 Jared 2015-04-13 19:53
With his crazy past he may or may not ever make it into the Hall of Fame but if he did his ex-Wife Sable should inducted him into the hall of fame.
Quote
Refresh comments list
RSS feed for comments to this post