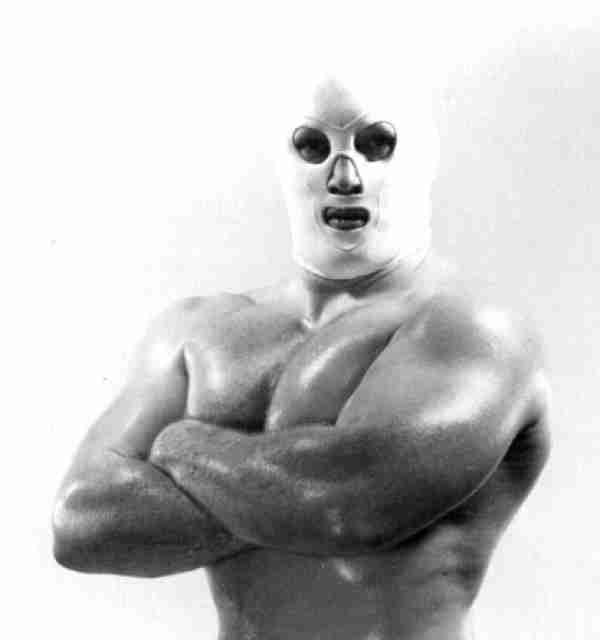 George Woodin started his career late (at age 29) but once he did, he ustilized his natural athletic background from his days of football and amateur wrestling and became a superstar in the American South as Mr. Wrestling, a character he was born to play.

Depending on the territory, Woodin would vary from wrestling as Tim Woods, to the masked Mr. Wrestling.  As the latter, he was bedecked in the basic white trunks and white mask and utilize exemplary wrestling technique with a devastating sleeper hold.  He became a big star in the South and few played the babyface better.  It is possible that his greatest gift to wrestling was in 1975 where he was in the plane crash that ended Johnny Valentine’s career and broke Ric Flair’s back.  Woodin was in that plane but as a face traveling with a band of heels, major kayfabe was being broken.  He checked into the hospital under his own name and amidst rumors that he was in that crash with Valentine and Flair he wrestled in extreme pain two weeks later to quell those rumors.  That in itself may make him Hall of Fame worthy.


Should Mr. Wrestling Tim Woods be in the Hall of Fame?

Should Mr. Wrestling Tim Woods be in the Hall of Fame?