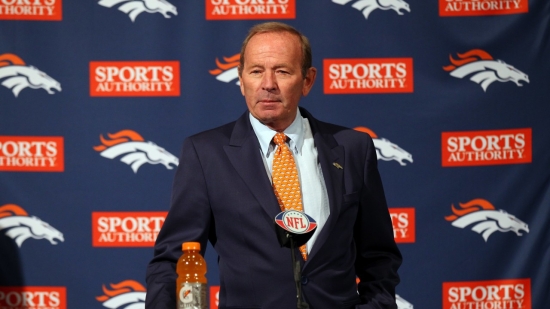 It is a very sad day in Denver and the world of Football at large as Pat Bowlen, the owner of the Denver Broncos passed away at the age of 75 after a long bout with Alzheimer’s.  He was 75 years old.

Bowlen purchased the team in 1984 and under his ownership the team went from mediocre to one of the flagships of the National Football League.  The Broncos went to seven Super Bowls winning three of them and he would become the first owner to see his team win 300 Games under his/her/their first 30 years of ownership.  He would be elected to the Pro Football Hall of Fame this past February and his August induction will now be posthumous.

We here at Notinhalloffame.com would like to extend our condolences to the friends and family of Pat Bowlen at this time.

More in this category: « The Tennessee Titans to retire the numbers of Eddie George and Steve McNair Joe Mauer's #7 Retired by the Twins »