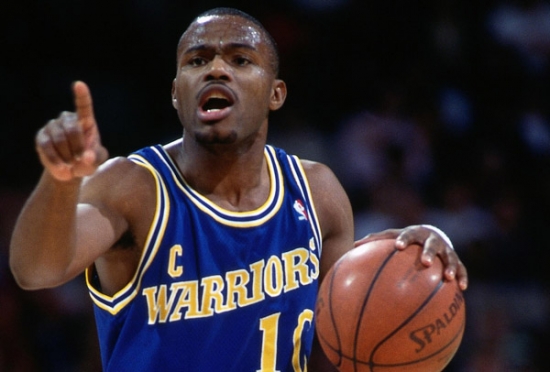 In an interview with Hoops Hype, Tim Hardaway stated that the reason that he was not in the Basketball Hall of Fame was due to an interview he had with Dan LeBetard which was anti-gay.

He had this to say to Hoops Hype:

"Well, you know, the reason I'm not in is because of what I said in 2007 about gay people.  That's why I'm not in right now, and I understand it. I hurt a lot of people's feelings and it came off the wrong way and it was really bad of me to say that. Since then, I've turned a wrong into a right. My parents used to always tell me, 'If you do something wrong, look it in the eye. Don't back down from it and be scared of it. Go make it right and make people understand that you made a mistake.”

For those who may have forgotten what he said in 2007, take a look below:

The reaction against Hardaway was swift and he was removed from that year’s All Star festivities. Hardaway has been contrite since that time and has been active in LGBTQ rights since then.

The question now that has to be asked is Tim Hardaway right?

Hardaway has a strong resume as he was part of the famed Run TMC Offense on Golden State with Mitch Richmond and Chris Mullin who are both already inducted.  A five time All Star, in our eyes it is more significant that he is a five time All-NBA Selection with one First Team, three Second Teams and one Third Team.  Stat wise he is solid with five 20 Point per Game seasons and three 10 Assist per Game seasons, but it should be pointed out that he never led the NBA in any statistical category, his highest MVP finish was fourth and he was never in the top 15 in PER.

Basically, we are talking about a player who had excellent numbers but they did not reach the level where he could not be ignored.  Hardaway is ranked #8on our most recent Basketball list.

More in this category: « RZA believes Wu-Tang Clan should be in the Rock Hall The San Antonio Spurs officially retire Manu Ginobili's #20 »