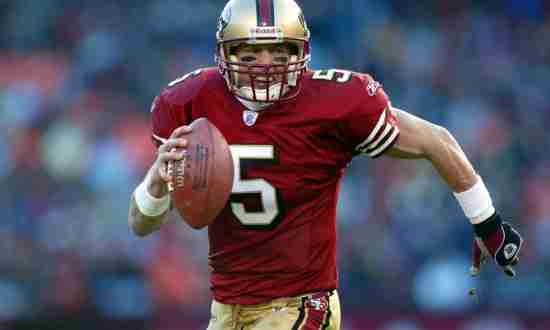 06 Jan
2018
Not in Hall of Fame
Terrell Owens has a reputation of being a Quarterback killer and a poor teammate, two reasons that have been given as to why he is not yet in the Pro Football Hall of Fame.

Now entering his third year on the ballot, TMZ caught up with T.O.’s former QB, Jeff Garcia who is a strong believer that Owens belongs in Canton:

Remember this is coming from a guy who Owens publically implied was gay (he’s not) and feuded with in the locker room. This should be considered quite the endorsement.