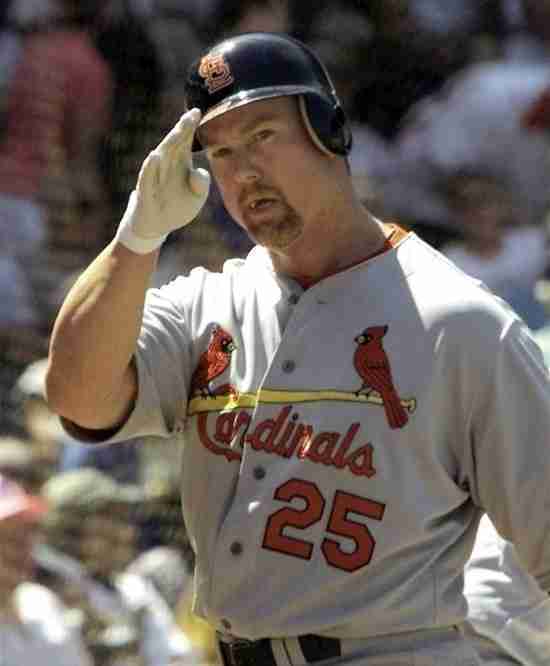 29 Apr
2017
Not in Hall of Fame
We have said before that the St. Louis Cardinals Hall of Fame has quickly become one of our favorite franchise Halls.

Today they added to it as three former St. Louis Cardinals, Mark McGwire, Pepper Martin and Tim McCarver have been chosen.

Traded from the Oakland Athletics midway through 1997, Mark McGwire brought an even bigger bat to the Midwest.  In 1998, McGwire would set the new single season Home Run Record with 70, and followed it up with 65 the year after.  In his four and a half seasons with St. Louis, he tallied 220 Home Runs with a 1.111 OPS.

Achieving more fame as a broadcaster, Tim McCarver was a Cardinal for twelve seasons.  An All Star twice, McCarver helped St. Louis win the World Series in 1964 an d 1967 and would accumulate 1,029 Hits over his career with the Red Birds.

We here at Notinhalloffame.com would like to congratulate the newest members of the St. Louis Cardinals Hall of Fame.
Tagged under
Tweet

More in this category: « The Wonders "Reunite" Paul Pierce is now retired »