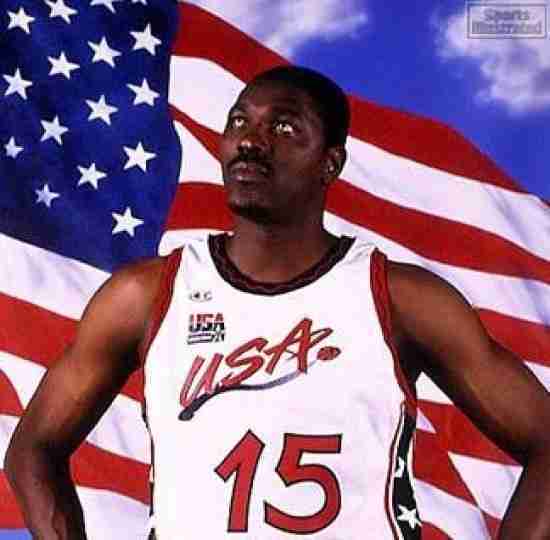 The biggest name for most people is Hakeem Olajuwon, the Nigerian born American who has been growing basketball in Africa and was part of the American team that dominated at the 1996 Olympics.  “The Dream” is also a former NBA MVP and is a member of the Naismith Basketball Hall of Fame.

The other major name known to NBA fans is David Stern, who presided over the NBA as commissioner for over 30 years.  Under his watch, the National Basketball Association has become one of the biggest sporting entities in the world and nobody can argue that the league is far better after his reign than before it.

Greek Center, Panagiotis Fasoulas was also chosen.  Playing collegiately at NC State, Fasoulas played his entire pro career in Greece splitting time between PAOK and Olympiacos.  He is a three time FIBA European Selection, a two-time Greek League MVP and was a EuroStar in 1996.

The lone female of the group is Australian, Michelle Timms.  She is a three time Olympian and the first Australian woman to play in the WNBA.

Argentine coach, Jorge Hugo Canavesi was also selected.  He coached Argentina to a win at the inaugural FIBA World Championship in 1950, which is to date, the nation’s only win.

Manuel Rega from Spain will also enter the Hall.  He is considered by many basketball historians to be the best player in the history of Mexico.  He helped his home nation win the Silver Medal at the ’67 Pan American Games.

From Spain, Small Forward, Juan Antonio San Epifanio has also became a member of the FIBA Hall of Fame.  Known affectionately as “Epi”, he played professionally only for FC Barcelona and is a Silver Medalist in the 1984 Olympic Games.  He took his team to seven Spanish League Titles.

We here at Notinhalloffame.com would like to congratulate the members of the 2016 FIBA Hall of Fame Class.
Tagged under
Tweet