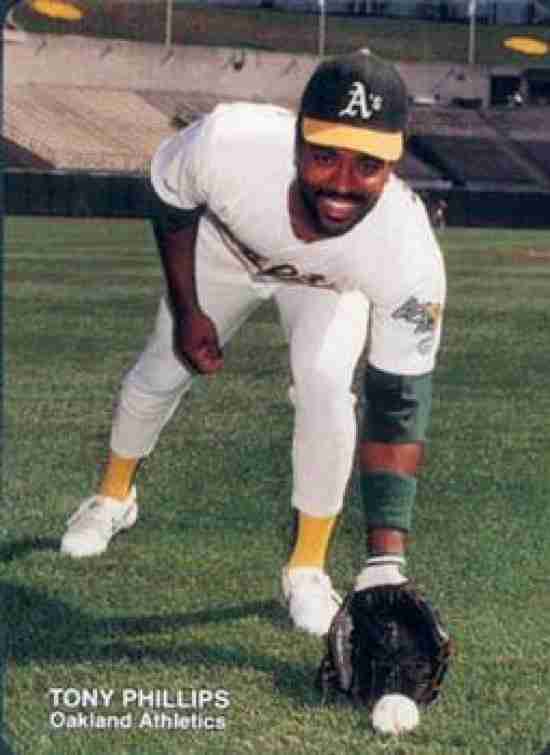 20 Feb
2016
Not in Hall of Fame
It was announced today that former eighteen year veteran, Tony Phillips, passed away at the age of 56.

Phillips is best known for his time with the Oakland Athletics where in 1989, he made the final out in the franchise’s World Series win.  While he is best known as an Athletic, he would actually have better individual seasons with the Detroit Tigers, where in 1992 he led the AL in Runs Scored, and the following season he had the most Walks.

He would also spend time with the Chicago White Sox, Anaheim Angels, New York Mets and the Toronto Blue Jays.

We here at Notinhalloffame.com would like to extend our condolences to the friends and family of Tony Phillips at this time.

Kirk Buchner, "The Committee Chairman", is the owner and operator of the site.  Kirk can be contacted at [email protected] . Email This email address is being protected from spambots. You need JavaScript enabled to view it.
More in this category: « Jared Allen Retires Ritchie Blackmore will not be at the RRHOF Ceremony »