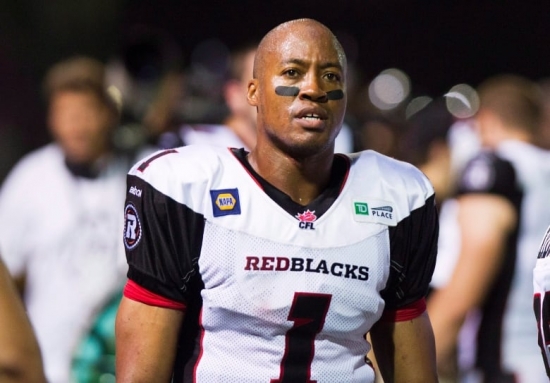 There might not be a Canadian Football League Season this year, but we did have a CFL Hall of Fame Class of 2020.

From Utah State, Clyde Brock played two seasons in the NFL (Dallas & San Francisco) before signing with the Saskatchewan Roughriders in 1964.  The Offensive Tackle stayed with the Green Riders until 1965, where he won a Grey Cup in 1966 and was a four-time CFL All-Star.

Burris will likely be considered the headliner, as the former Temple Quarterback became the 21stperson to enter the CFL Hall of Fame in their first ballot.  Debuting in the CFL in Calgary in 1998, Burris was a backup in their Grey Cup win that year, and he later became the starter in Saskatchewan in 2000.  He only played there for one year, as he signed with Green Bay of the NFL in 2001, where he was on their practice squad, and was with the Chicago Bears in 2002.  After playing for NFL Europe, he rejoined the Roughriders and stayed in the CFL until he retired in 2016.  Burris played for Saskatchewan for two years, and rejoined the Stampeders in 2005, where he led them to a Title in 2008, and was the league MVP in 2010. The Quarterback was then with the Hamilton Tiger-Cats (2012-13) and he finished his career with the Ottawa RedBlacks, where in the twilight of his career he won his second MVP in 2015, and retired as a Grey Cup Champion.

Burris left the game as a two-time All-Star, three-time Grey Cup Champion, and two-time Most Outstanding Player Award. He threw for 63,227 Yards and 374 Touchdowns.

Childress played his college ball at Arkansas, and he would play one year in New England and one in Cleveland before the Offensive Guard signed with Shreveport of the CFL in 1994.  Childress was only there for one year, as the team folded, and it was the same scenario in 1995 with Birmingham.  He moved north to Calgary, where he played from 1996 to 2003, and he finished his career in Saskatchewan from 2004 to 2006. Childress was a six-time CFL-All-Star and he was named the league’s Outstanding Offensive Lineman in 1998.

Vavra is from Red Deer, Alberta, and he played his college ball at Calgary where he led the Dinos to a Vanier Cup win in 1983, while also winning the Hec Creighton Award as the Canadian University Football player of the Year.  Vavra went on to play in the CFL for five seasons with tenures in Calgary, B.C. and Edmonton.

Hufnagel enters as a builder, and he was a decent player in his own right.  An All-American Quarterback from Penn State, Hufnagel was a backup in Denver for three years before travelling north to play in the CFL.  He would have stints in Calgary, Saskatchewan, Winnipeg and Saskatchewan again over a twelve-year period, throwing for 21,594 Yards and 127 Touchdowns.

Hufnagel became a coach in Saskatchewan in 1988, and would have runs in Calgary, New Jersey (Arena), Cleveland, Indianapolis and New England, before becoming the New York Giants Offensive Coordinator in 2004 for three years.  In 2008, he became the Stampeders Head Coach, posting a 102-41-1 record with two titles.  Hufnagel has won four Grey Cups, two as a player, and two as a Head Coach.

Uteck was the former Head Coach and Athletic Director at Saint Mary’s University.  His induction in posthumous.

There will be no induction ceremony this year, as this class will be inducted with the Class of 2021 next August.

We here at Notinhalloffame.com would like to congratulate the impending members of the CFL Hall of Fame.

Kirk Buchner, "The Committee Chairman", is the owner and operator of the site.  Kirk can be contacted at [email protected] . Email This email address is being protected from spambots. You need JavaScript enabled to view it.
More in this category: « Our All-Time Top 50 Chicago White Sox are now up Our All-Time Top 50 Houston Astros have been revised »