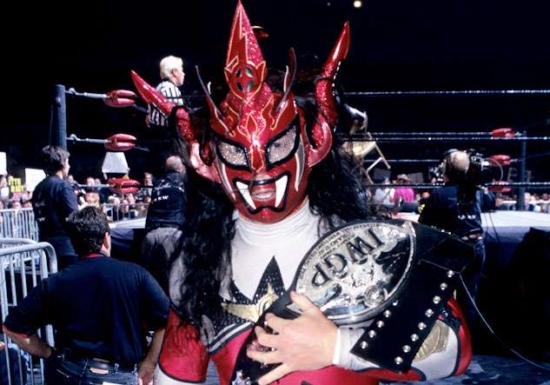 With all of the Hall of Fame related news being about the physical buildings shutting down, it is nice to talk about something else for a change.

In an interview with Tokyo Sports, Jushin “Thunder” Liger said that he will be inducted into the WWE Hall of Fame.  This was confirmed by the WWE later today.

Born Keiichi Yamada, Liger made his debut in 1984, and after wrestling around the world, he took on the Liger persona in 1989.  Immediately, he took over the Junior Heavyweight division, and was renowned for his innovative high-flying style.

Liger would win the IWGP Junior Heavyweight Title eleven times, and would also with the unifying J-Crown in 1996.  Tournament wise, he won the Best of the Super Juniors three times. North American fans were treated to Liger in WCW, where he won the Light Heavyweight Title from Brian Pillman.

He officially retired from wrestling at this year’s Wrestle Kingdom show at the Tokyo Dome.

In the WWE umbrella, Liger only wrestled once.  He beat Tyler Breeze at one of their Takeover shows in 2015.

In our last update of the Notinhalloffame WWE list, Liger was ranked 28 of those to consider for the WWE Hall of Fame.

We will be revising out list after Wrestlemania (if it happens).

We here at Notinhalloffame.com would like to congratulate Liger for obtaining this honor.