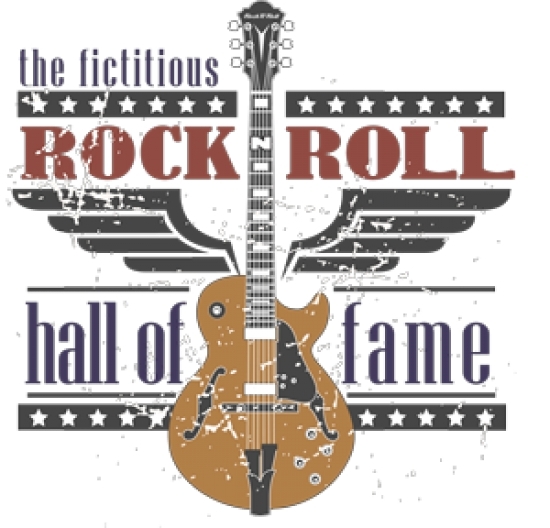 It is another big day for us at Notinhalloffame.com!

Like in previous years, the opening round began with over 500 Fictional Musicians which was reduced to 40 Fictional Rock and Roll Hall of Fame Semi-Finalists.  The top 15 vote getters advanced to the Final Round.

The 15 Fictitious Rock and Roll Hall Finalists are:

Archies, The (Archie). In the real world, the Archies went number one with “Sugar Sugar”.  The Archie universe continues with comics and the show, Riverdale. This is their third straight year as a Finalist.

Banana Splits, The(The Banana Splits).  From the minds of Sid and Marty Kroft, the Banana Splits lasted just over 30 episodes but the baby boom generation clearly remembers them well.  This is the second time that they have been Finalists.

Bleeding Gums Murphy(The Simpsons). This is the only Finalist for The Simpsons, who have produced one every year since we began this process.

Figrin D’An and the Modal Nodes(Star Wars: Episode IV, A New Hope).  The band from the Mos Eisley Cantina makes their first appearance as a Finalist. From what we know, they only know two songs.

Jackie Rogers Jr.(SCTV). This is a surprise Finalist, as Rogers Jr. has never been a Semi-Finalist before this year.  Could be have our first albino singer in the Hall?

Jesse and the Rippers(Full House). This is another major surprise as this San Francisco bar band had never made it to the Semi-Finals before this year.

Jimmy “B-Rabbit” Smith(8 Mile). For the first time, B-Rabbit makes the Finals and we could have our first rapper in the Fictitious Rock and Roll Hall of Fame.

Otis Day & The Knights(Animal House). This is the third time that Otis Day has made the Finals, and we think if they get in, they will party at the Dexter Lake Club.

Randy Watson(Coming to America).  We last saw Watson at the Queens, New York, Black Awareness event.  Perhaps we will see more of him in the impending sequel. This is the first time that he has become a Finalist.

Rutles, The(The Rutles). The Rutles have been Finalists before, and this remains one of the best musical spoofs in history.

Soggy Bottom Boys, The(O Brother, Where Art Thou?).  The Soggy Bottom Boys are Finalists for the second time and in terms of “fictional age” this is the only group that pre-dates the rock and roll era.

Stillwater (Almost Famous).  This rock band from the 1970s is a Finalists for the third time.

Voting can be found here: http://www.notinhalloffame.com/ficitious-rock-and-roll-voting/2019-round-3

We thank you for your support of this project and look for more like this from us at Notinhalloffame.com!

Kirk Buchner, "The Committee Chairman", is the owner and operator of the site.  Kirk can be contacted at [email protected] . Email This email address is being protected from spambots. You need JavaScript enabled to view it.
More in this category: « Purdue announces their 2020 HOF Class Bill Russell finally accepts his Hall of Fame ring »