The Songwriters Hall of Fame announces their 2020 Finalists 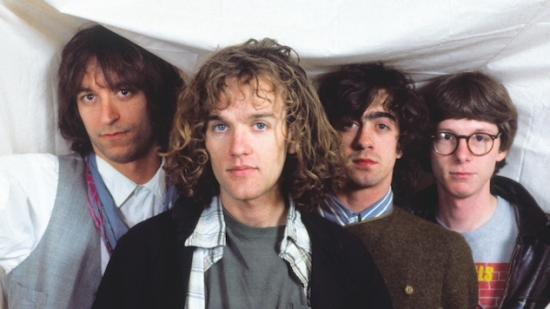 The Songwriters Hall of Fame announced the Finalists for the Class of 2020.  It comprises of 24 candidates from a very diverse musical spectrum.

The Performing Nominees are:

Mariah Carey:  Carey was nominated last year and co-wrote 17 of her 18 number one songs.

Gloria Estefan:  Estefan wrote or co-wrote most of her hit songs and she helped pen Shakira’s hit, “Wherever, Whenever.”

The Eurythmics (Dave Stewart and Annie Lennox):  The Eurythmics had many hits, which included the number one smash, “Sweet Dreams (Are Made of This).

David Gates & Jimmy Griffin (Bread):  Bread would have five top ten hits, which included the number one song, “Make It with You.”

Vince Gill:  Gill charted over 40 songs on the Country Chart and was inducted in the Country Music Hall of Fame in 2007.

Journey:  The successful arena rock band was inducted into the Rock and Roll Hall of Fame in 2017.

Mike Love:  Love wrote or co-wrote many of the Beach Boys songs, though is not yet in the Songwriters Hall of Fame, though Brian Wilson is.

The Neptunes (Pharrell Williams & Chad Hugo):  In addition to their own work, they have written hits for Jay-Z, Beyonce, Britney Spears, Justin Timberlake, and Usher.

Outkast (Big Boi & Andre 3000:  The influential Atlanta based hip-hop duo had many hits, including “Hey Ya”.

R.E.M.:  From Athens, Georgia, the Alternative Rock band had a lot of chart success in the 1980s and 90s and was inducted into the Rock and Roll Hall of Fame in 2007.

Patti Smith:  Very influential in the 1970s in the Alternative and Punk scene, Smith was inducted into the Rock and Roll Hall of Fame in 2007.

The non-performing nominees are:

Lynn Ahrens and Stephen Flaherty:  Ahrens and Flaherty have written many musicals and have won a Tony.

L. Russell Brown and Irwin Levine:  Brown and Levine penned many hits, their biggest being “Tie a Yellow Ribbon Round the Old Oak Tree” and “Knock Three Times” for Tony Orlando and Dawn.

Tommy Boyce and Bobby Hart: Boyce and Hart would write hits for the Monkees, Jay & The Americans and Paul Revere & The Raiders.

Sonny Curtis:  Curtis wrote songs that were covered by The Everly Brothers, Bobby Fee and is best known for writing, “I Fought the Law.”

Kye Fleming and Dennis Morgan: Fleming and Morgan have already been inducted into the Nashville Songwriters Hall of Fame.

Tony Macaulay:  Some of Macaulay’s hits include “Build Me Up, Buttercup, “(Last Night) I Didn’t Get to Sleep at All” and Love Grows (Where My Rosemary Grows).”

Bob McDill:  McDill wrote over 30 number one hits in the Country Music Charts.

Roger Nichols:  Nichols wrote or co-wrote many songs, including The Carpenters hit, “We’ve Only Just Begun.”

Mickey Stevenson:  Stevenson wrote or co-wrote many songs for Motown, which included “Dancin in the Streets”, “It Takes Two” and “Devil With the Blue Dress.”

Songwriters are eligible for induction after writing hit songs for at least 20 years.  Six of these nominees will be selected.

Kirk Buchner, "The Committee Chairman", is the owner and operator of the site.  Kirk can be contacted at [email protected] . Email This email address is being protected from spambots. You need JavaScript enabled to view it.
More in this category: « The Modern Era Committee announces their 10 Finalists for the Baseball Hall of Fame The Toy Hall of Fame announced their new class »

Boyce and Hart hooked up with Micky Dolenz and Davy Jones after the Monkees called it quits; prior to that, B&H even performed on an episode of the sitcom Bewitched.

Sonny Curtis, who worked with Buddy Holly early in Holly's career, took over the Crickets following Holly's death and was inducted into the Rock and Roll Hall of Fame as a performing member of the Crickets. And although Curtis's "I Fought the Law" is a classic proto-punk anthem, he may be better-known to a general pop-culture audience as the writer of "Love Is All Around," which was used as the theme song to the sitcom The Mary Tyler Moore Show. (Joan Jett also covered the song--but Jett covers everything.)
Quote
Refresh comments list
RSS feed for comments to this post