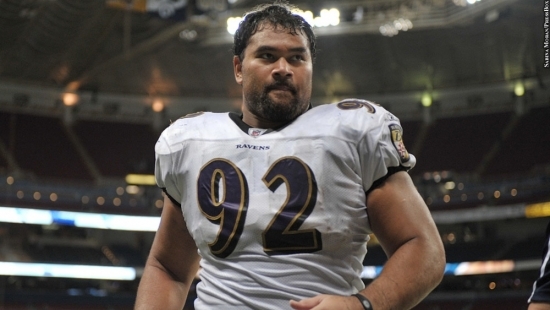 The Polynesian Football Hall of Fame has announced their Class of 2020, which will comprise of four former NFL players.

The group was pared down from 100 candidates and then to 10 Finalists.

The 2020 Polynesian Football Hall of Fame consists of:

David Dixon (Maori Ancestry): Born in New Zealand, Dixon would become the second player of Maori ancestry to play in the NFL.  He played collegiately at Arizona State and was drafted in the 9thRound by the New England Patriots in 1992.  He wouldn’t make the team that year, and tried out for the Minnesota Vikings, but also did not make the regular season roster. The year after, he was on the practice squad for the Dallas Cowboys.  It would change in 1994, when he made the Vikings roster, and would play there for 11 seasons.  Dixon would play on the Offensive Line, and would play 152 Games, starting 134 of them at Right Guard.

Frank Manumaluega (Samoan Ancestry):  From Hawaii, Frank Manummaluega is one of the first players of Samoan ancestry to play in the National Football League.  Manumaluega played at Linebacker, and he was at Sat Jose State when he was drafted in the 4th Round in 1979 by the Kansas City Chiefs.  He would play there for three seasons, and would see action in 35 Games, starting 29 of them.  He would also play three seasons in the USFL, two years with the Oakland Invaders and one season with the Portland Breakers.

Haloti Ngata (Tongan Ancestry):  Playing at the University of Oregon, Haloti Ngata would be a Consensus All-American, win the Morris Trophy and was the Co-Defensive Player of the Year in 2005.  He would be drafted by the Baltimore Ravens 12th overall and the Defensive Tackle would play in Baltimore for nine seasons.  As a Raven, Ngata would go to five Pro Bowls, secure two First Team All-Pro Selections and helped the team win Super Bowl XLVII.  He played three years additional seasons with the Detroit Lions and one final one with the Philadelphia Eagles in 2018.  Ngata would play 180 Games in the NFL.

Dominic Raiola (Hawaiian Ancestry):  From Honolulu, Dominic Raiola was a Consensus All-American at the University of Nebraska in 2000, where he won the Rimington Trophy as the nation’s top Center.  Raiola was drafted in the 2nd Round by the Detroit Lions in 2001 and he would play there for 14 seasons, and started 203 of his 219 Games.

The ceremony will take place on January 18, which will coincide with that weekend’s Polynesian Bowl.

We here at Notinhalloffame.com would like to congratulate the soon to be members of the Polynesian Football Hall of Fame.

More in this category: « Syracuse will retire John Wallace's number The Black College Football Hall of Fame Announces the Finalists for the 2020 Class »