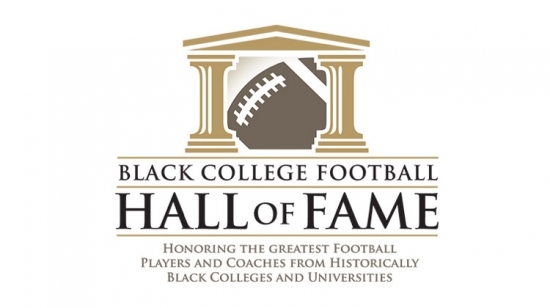 The Black College Hall of Fame has announced the Finalists for their Class of 2020.  Comprising of 23 Players, 2 Coaches and 1 Contributor, the Class will be announced on November 14, with the official ceremony taking place on February 22, 2020 in Atlanta, Georgia.

The Player Finalists are:

Joe Adams: Quarterback, Tennessee State, 1977-80:  Nicknamed “747”, Joe Adams threw for 8,653 Yards for the Tigers, a school record that he held for 34 years.  He would later play three seasons in the Canadian Football League, two with Saskatchewan and one with Ottawa.

Coy Bacon: Defensive Lineman, Jackson State, 1964-67:  After a strong career at Jackson State, Bacon would go on to the NFL where he would have three Pro Bowl Selections.  He is believed to have had 130 “unofficial” Quarterback Sacks in the NFL.

Dwaine Board: Defensive End, North Carolina A&T State, 1975-78:  Board did well at college and was a fifth round pick by the Pittsburgh Steelers.  He didn’t make the team, but would be signed by the San Francisco 49ers, where he played for ten years and won three Super Bowls.

Ben Coates: Tight End, Livingstone College, 1987-90:  Coates set multiple receiving records at Livingstone and he would go on to have a great career with the New England Patriots.  He would be names to five Pro Bowls, two First Team All-Pros and in his final season he won a Super Bowl with the Baltimore Ravens.

Greg Coleman: Punter, Florida A&M, 1972-75:  Coleman was s good at Florida A&M, that he would be one of the few Punters drafted. Coleman would go on to have 12 seasons in the NFL where he played with the Cleveland Browns, Minnesota Vikings and Washington Redskins.

Clem Daniels: Running Back, Prairie View A&M, 1956-59:  Daniels would captain Prairie View to the NAIA Title and would later be a champion in the AFL with the Oakland Raiders and was a four-time AFL All-Star.  He would win their Rushing Title in 1962.

Kevin Dent: Safety, Jackson State, 1985-88:  Dent would make history as the only Jackson State player to ever make three All-American rosters.  The Tigers would win 27 of 28 conference games while he played there.

Donald Driver: Wide Receiver, Alcorn State, 1995-98:  Driver would record 88 Receptions for 1,993 Yards for Alcorn State and he would play his entire 14-year pro career with the Green Bay Packers.  He would win Super Bowl XLV with them and went to three Pro Bowls.

Jimmie Giles: Tight End, Alcorn State, 1973-76:  Giles initially turned down a football scholarship to play baseball instead at Alcorn State, but he would turn back to the gridiron where he was an All-SWAC Selection.  As a pro, he would earn four Pro Bowl Selections with the Tampa Bay Buccaneers.

James Hunter: Defensive Back, Grambling State, 1972-75:  Hunter was a superstar at Grambling State and would go 10thOverall in the 1976 Draft.  He would play six years with the Detroit Lions and record 27 Interceptions.

Richard Huntley: Running Back, Winston-Salem State, 1992-95:  Huntley would set records for Winston-Salem State and he would rush for 6,286 Yards with 62 Touchdowns.  He would play for four teams in the NFL over six seasons (Atlanta, Pittsburgh, Carolina and Detroit) and would have 2,178 Yards from Scrimmage.

Henry Lawrence: Offensive Lineman, Florida A&M, 1970-73:  After a very good career with the Rattlers, Henry Lawrence was a first round pick by the Oakland Raiders, where he would go to two Pro Bowls and win three Super Bowls.

Robert Mathis: Linebacker, Alabama A&M, 1999-02:  Mathis would set a record in I-AA with 20 Sacks in his senior year.  He would be drafted in the 5thRound by the Indianapolis Colts, and he would play there for all 14 seasons of his NFL career.  The Linebacker would go to five Pro Bowls and win a Super Bowl.

Tyrone McGriff, Offensive Lineman, Florida A&M, 1976-79:  McGriff would play for the Pittsburgh Steelers for three years and would later play in the USFL.

John Moody: Running Back, Morris Brown College, 1939-41:  Moody would help Morris Brown win the SIAC title and after serving in the military, he would play in the CFL and the AAFC.  The pounding Fullback was nicknamed “Big Train”.

Nate Newton: Offensive Lineman, Florida A&M, 1979-82:  Newton had a very good career with the Rattlers and after going undrafted he would play for the Tampa Bay Bandits for two years in the USFL.  He would then go to six Pro Bowls with the Dallas Cowboys and would win three Super Bowls.

Johnny Walton: Quarterback, Elizabeth City State, 1965-68:  Walton threw for 1,400 Yards as a Senior, and he would have a well-travelled pro career with stints in the NFL, Continental Football League, World Football League and USFL.

Erik Williams: Offensive Lineman, Central State, 1987-90:  Williams was an All-American at Central State, and he impressed scouts enough to be a third round pick by the Dallas Cowboys.  As a pro, he would be named to three First Team All-Pros, four Pro Bowls and would win three Super Bowls, all with Dallas.

Roynell Young:  Defensive Back, Alcorn State, 1976-79:  Young was highly sought after as a first rounder, and the Defensive Back was a Pro Bowl Selection in 1981.  He played nine seasons in the NFL, all with the Philadelphia Eagles.  He would have 23 Interceptions over his NFL career.

Dennis Thomas (MEAC Commissioner, 2002-Present):  Thomas was also the Director of Athletics at Howard University from 1990 to 2002.

The Black College Football Hall of Fame was founded in 2009 and to date has 84 inductees.

Kirk Buchner, "The Committee Chairman", is the owner and operator of the site.  Kirk can be contacted at [email protected] . Email This email address is being protected from spambots. You need JavaScript enabled to view it.
More in this category: « Haloti Ngata to headline the Polynesian Football Hall of Fame Class of 2020 Trent Reznor speaks on his Rock Hall nomination »