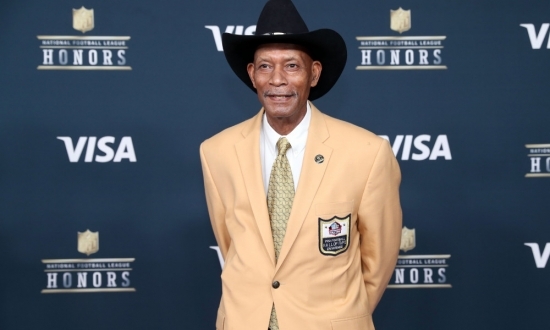 It was reported today that Pro Football Hall of Fame inductee, Willie Brown, passed away at 78.  As of this writing, the cause of death is unknown.

Playing his college ball at Grambling, Brown was undrafted in 1963 and would try out for the Houston Oilers of the AFL.  He didn’t make the team, but would with the Denver Broncos, where he would become a starting Cornerback as a rookie.  Brown would go to two AFL All-Star Games with Denver, but he was traded to the Oakland Raiders before the 1967 Season.

In the next seven seasons, Brown was an AFL All-Star/Pro Bowl Selection and would be named a First Team All-Pro four times.  Brown would help the Raiders win Super Bowl XI and would record what was then the longest Interception Return Touchdown (at the time) for 75 Yards in the win.  He would retire in 1978 with 54 career Interceptions.

After his playing career ended, he would become the Raiders Defensive Backs Coach, a role where he won two more Super Bowls (XV & XVIII).

Brown served on the Administrative Staff of the Raiders since 1995, a position he held until his death.  He would be inducted into the Pro Football Hall of Fame in 1984.

We here at Notinhalloffame.com would like to extend our condolences to the friends, family and fans of Willie Brown at this time.

Kirk Buchner, "The Committee Chairman", is the owner and operator of the site.  Kirk can be contacted at [email protected] . Email This email address is being protected from spambots. You need JavaScript enabled to view it.
More in this category: « CC Sabathia's career is officially over Michael Jordan says Steph Curry isn't a Hall of Famer yet? »