The Philadelphia Eagles to induct Bobby Walston to their HOF 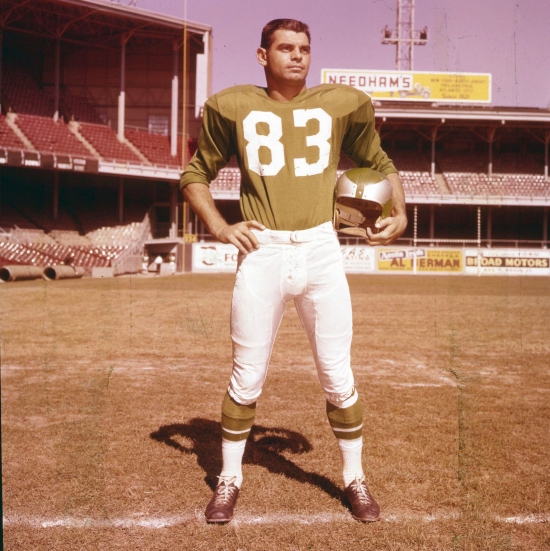 During halftime of the Philadelphia Eagles home game pre-season game it was announced that Bobby Walston will be inducted into their franchise Hall of Fame on September 21, during their home game against the Detroit Lions.

Walston played his entire 12-year career (1951-62) with Philadelphia where he was one of the most versatile offensive weapons that the team would have as he played at Wide Receiver, Tight End and Kicker.  He was a member of the 1960 NFL Championship Team and was a two-time Pro Bowler (1960 & 1961) and his 5,363 Receiving Yards during his time was the fourth most in the NFL during the time he played.  His 881 Points Scored is still second all-time in franchise history.

Sadly, this accolade will be posthumous, as he passed away in 1987.

More in this category: « The University of Nevada announces their HOF Class Our Top 50 All-Time Texas Rangers has been revised »